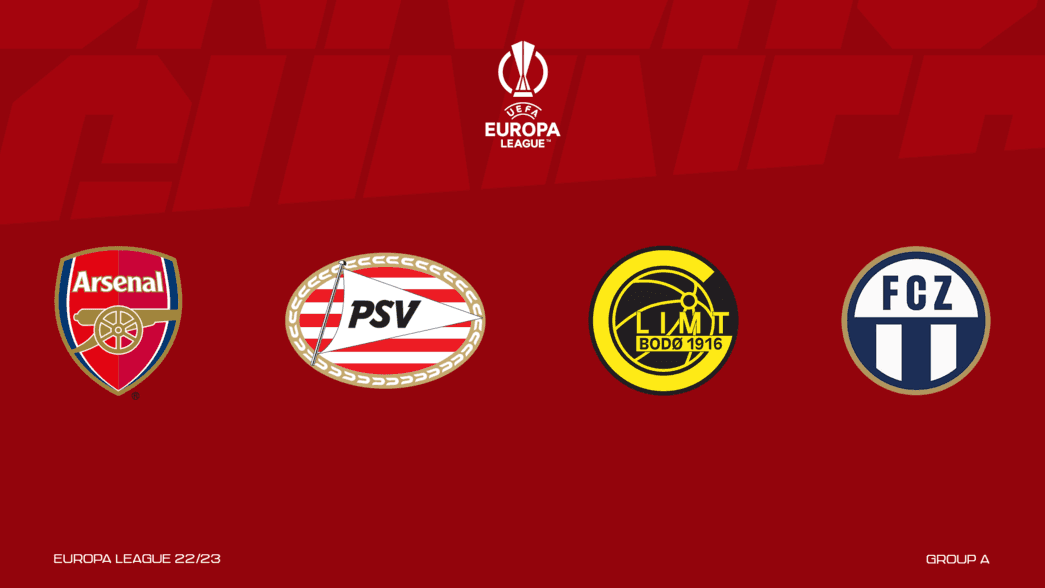 Arsenal have been drawn against PSV Eindhoven, Bodo/Glimt and FC Zurich in the group stage of this season’s Europa League.

The Gunners were the first ball drawn out, placing us in Group A alongside a familiar face in PSV, as well as the last year’s champions of Norway and Switzerland.

Mikel Arteta’s men last faced PSV Eindhoven in the Champions League back in 2006/07 when the Dutch slide eliminated us 2-1 on aggregate at the last-16 stage, having also faced them in the group stages in the 2002/03 and 2004/05 campaigns. Now managed by Ruud van Nistelrooy, they finished second in the Eredivise last term but lost out to Rangers in the Champions League qualifiers on Wednesday night.

Arsenal will face Bodo/Glimt for the first time in a competitive game, who made it to this stage after they were knocked out of the Champions League qualifiers by Dinamo Zagreb. They won their first Norwegian title in 2020, which they retained last year.

FC Zurich is also a new opponent for the north London-based club, who were knocked out of the Champions League qualifiers at the second round stage by Qarabag on penalties, before knocking out British opposition in Linfield and Hearts.

These are the six matchdays, with the teams we’ll face on each day to be announced in due course: