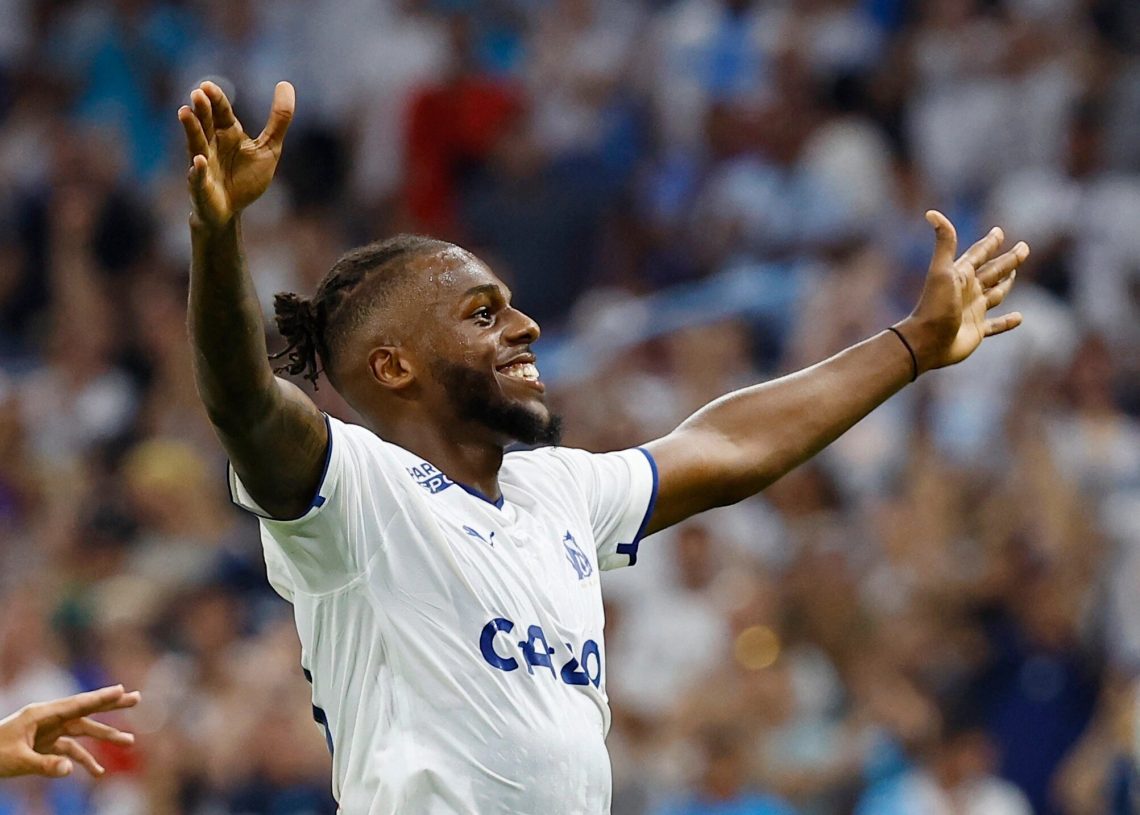 The start to the Premier League season could not have gone much better for Arsenal. Despite the seemingly ominous omens of an away Friday night London derby to start the campaign, the Gunners were able to come away from Selhurst Park with a 2-0 victory over Crystal Palace.

Mikel Arteta’s men were then able to sit back and watch most of the rest of the footballing world return to action over the weekend. Included in that was the club’s loan army which totals as many as 15 players at this point in the transfer window.

Perhaps the standout performance of the weekend among Arsenal’s loan army came from Nuno Tavares on his league debut for Marseille.

The Portuguese international had already set the wheels of the Twitter hype train in motion with some impressive skills in pre-season, but on Sunday night he went one better as he cut inside on his right foot to fire in a low effort on the stroke of half-time that set L’OM on the road towards a 4-1 victory over Stade de Reims.

On the other side of that result though was Arsenal youngster Flo Balogun who has joined Reims for the season. While the result wasn’t what he would have wanted, on a personal note, the 21-year-old’s start to life in France went well as he notched what he hopes will be the first of many goals in Ligue 1.

Balogun and Tavares were not the only Gunners to face off against each other this weekend as Harry Clarke took on Charlie Patino during Stoke City’s Championship clash with Blackpool. It was Clarke who came on top on the day, managing to score a goal on his home debut for his new side.

Patino did impress though during a 20-minute cameo including a nice Cruyff turn that has been doing the rounds on social media. Blackpool fans appear to have quickly taken to the 18-year-old midfielder and have already developed a chant for him.

Elsewhere in the Championship, there was another impressive display for Auston Trusty as he helped Birmingham to victory over Huddersfield. The American defender was given an eight out of 10 rating by Birmingham Live for his performance in the game and has already become a fan favourite, drawing chants of “U.S.A.!” each time he impresses at the back.

Further down the leagues Arthur Okonkwo also had a good afternoon, keeping a clean sheet for Crewe Alexandra in their 3-0 win over Harrogate in League Two.

Ryan Alebiosu on the other hand had a less fruitful afternoon from a results perspective but played the full 90 minutes for Kilmarnock as they went down 2-0 to Rangers in the SPL.

Alex Kirk was introduced late in the game to help Ayr United secure a 3-2 victory over Queen’s Park in the Scottish Championship.

Mazeed Ogungbo was given 35 minutes by Kevin Betsy during Crawley Town’s 2-0 defeat to Leyton Orient, while one tier above him Tyreece John-Jules got 20 mins for Ipswich against Forest Green.

Marcelo Flores featured Real Oviedo in their pre-season friendly with Racing Santander. Ovie Ejeheri however, was an unused sub as Chelmsford City lost to St. Albans.