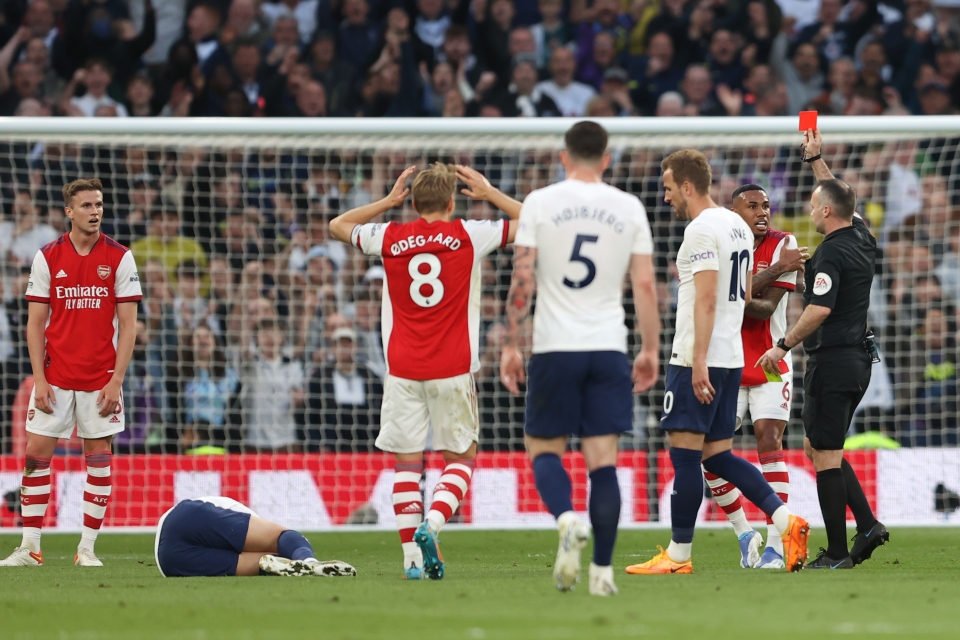 Tottenham turned up with pressure on arch-rivals Arsenal in the race for a place in next season’s Champions League with an emphatic north London derby victory.

Arsenal could have confirmed a place in the Premier League’s top four with a win at Tottenham Hotspur Stadium but endured a dismal night to now stand only one point clear of Spurs with two games left.

In a feverish atmosphere, Harry Kane gave Spurs the lead from the spot in the 22nd minute after Son Heung-min was fouled by Cedric Soares, then added a second before the break with a stooping far-post header after Rodrigo Bentancur flicked on a corner.

In between, Arsenal had been reduced to 10 men when Rob Holding was shown a second yellow card for a foul on Son, while the South Korean finished off any hopes the Gunners had when he fired in from 10 yards two minutes after half-time.