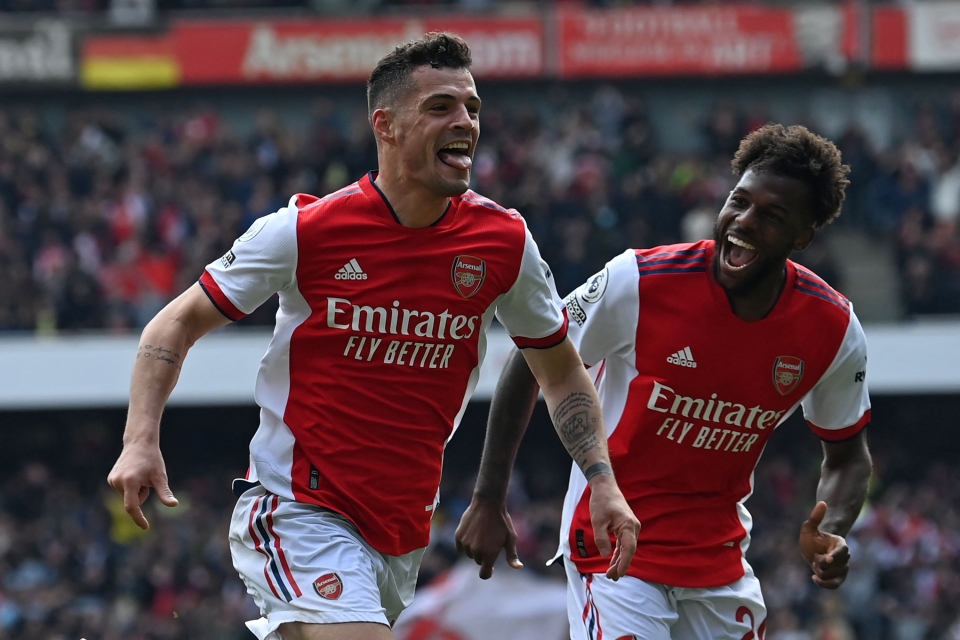 Arsenal stepped up their claims for a place in the Premier League’s top four at the expense of Manchester United’s ambitions in a thriller at Emirates Stadium.

The Gunners came into the game on an upswing after ending a run of three successive defeats withvictory at Chelsea, while United were attempting to bounce back from ahumiliating 4-0 loss at Liverpool.

And Arsenal took three crucial points as the visitors paid the price for shambolic defending and a missed penalty by Bruno Fernandes that undermined an enterprising attacking display.

Eddie Nketiah then had an effort ruled out by the video assistant referee for offside but after being called to look at his pitchside monitor the referee awarded a penalty for a foul by Telles on Saka immediately before Nketiah’s shot, and Saka converted from the spot.

United were a real danger in attack, the returning Cristiano Ronaldo deservedly pulling a goal back before the break for his 100th Premier League goal.

It set the scene for a United siege, only for Fernandes to waste their big chance by carelessly rolling a second-half spot-kick against the post after Tavares handled.

Arsenal cashed in on the reprieve when Granit Xhaka sealed the win by lashing home the Gunners’ third from 25 yards with 20 minutes remaining.