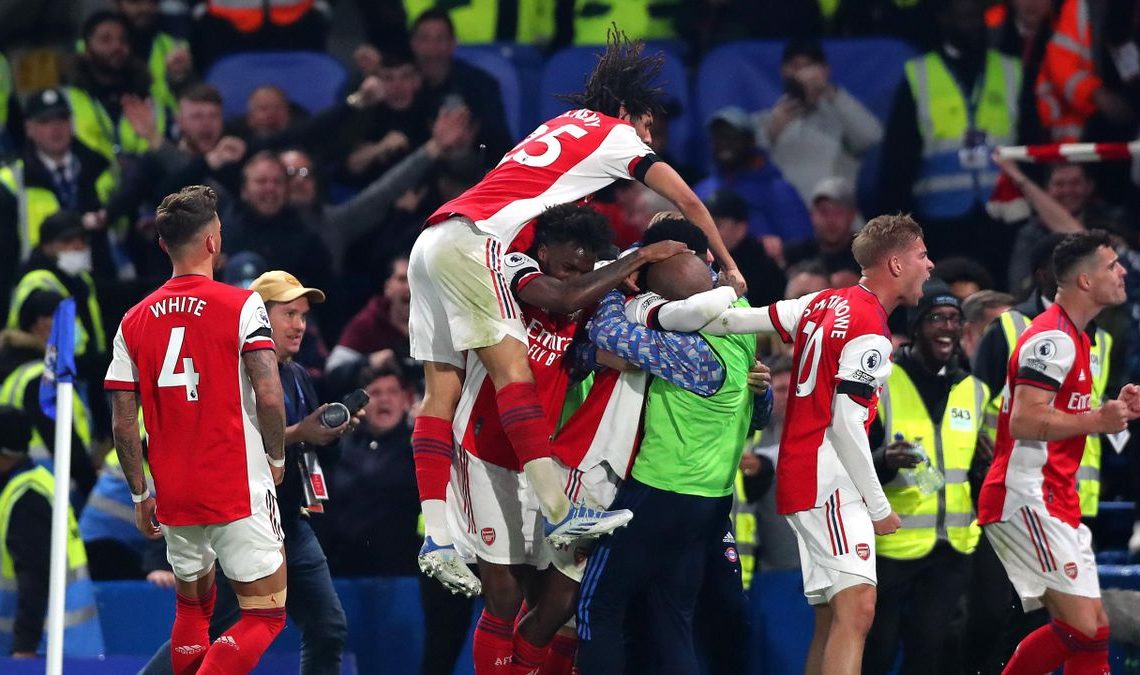 Eddie Nketiah was the hero for Arsenal as they re-ignited their bid for a top-four finish thanks to a thrilling 4-2 victory at Chelsea.

The Gunners took the lead not once, but twice at Stamford Bridge through goals from Nketiah and Emile Smith Rowe, but on both occasions, Chelsea found a response as Timo Werner’s deflected strike and Cesar Azpilicueta’s low finish sent the sides level at the interval.

The scoring wasn’t over in the second half as the Gunners took the lead once again, and it was Nketiah who grabbed his side’s third before Bukayo Saka sealed Arsenal’s victory from the spot after being hauled down late on by Azpilicueta.

The victory ends a run of three straight defeats in the Premier League for Arsenal and sees Mikel Arteta’s side move level on points with fourth-placed Tottenham – who they still have to play towards the end of the season – ahead of another crucial match against Manchester United at the Emirates Stadium on Saturday.
Tags: Arsenal vs ChelseaEddie Nketiah