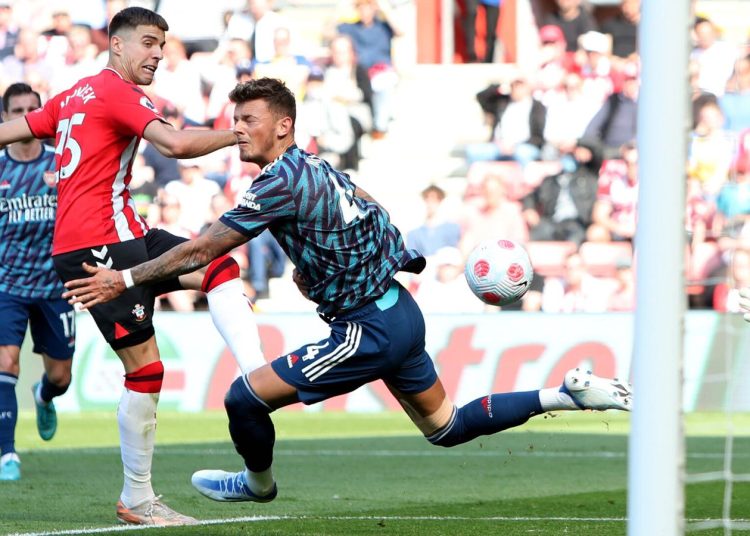 Arsenal failed to take the opportunity to close the top-four gap as Jan Bednarek’s first-half goal plus an inspired display from goalkeeper Fraser Forster gave Southampton a 1-0 victory.

The Gunners knew a victory would move them level on points with rivals Tottenham, who lost 1-0 at home to Brighton earlier in the day, but they could not find a way past Forster.

Bednarek gave Southampton the lead a minute before half-time after the Saints ‘keeper had brilliantly denied Bukayo Saka from scoring early on.

The 34-year-old then made a string of fine saves in the second half, with Arsenal striker Alexandre Lacazette missing after testing positive for Covid, to give the hosts their first victory in six matches.