Partey scores as Arsenal cruise past Leicester in 2-0 win 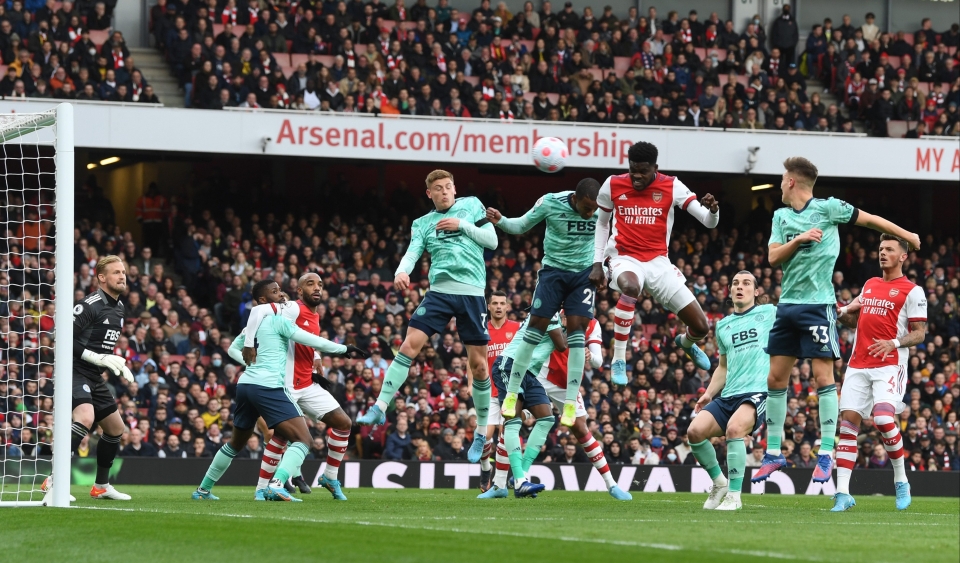 Arsenal moved back into the Premier League’s top four as they claimed a 2-0 win over Leicester at the Emirates Stadium.

A header from Thomas Partey in the first half and Alexandre Lacazette’s second-half penalty sealed a fourth straight Premier League win for the resurgent Gunners.

The opener was simple as an unmarked Partey, who later hit the post with a delightful curling effort, nodded in a corner from the left.

It was a largely comfortable afternoon for Mikel Arteta’s men, however, there were a few hairy moments as Leicester threatened to breach Aaron Ramsdale’s goal.

At 1-0, Ramsdale did brilliantly to deny a Harvey Barnes header – Leicester boss Brendan Rodgers being filmed saying ‘wow’ in reaction to the save.

Partey was arguably the best player on the pitch. The Ghanaian midfielder headed home Gabriel Martinelli’s corner from the left as Leicester experienced yet more woes defending set-pieces.

Partey almost put Arsenal 2-0 up, as his curling effort from the edge of the box came back off the post.

The visitors improved after that with Barnes calling Ramsdale into action on two occasions, the second seeing the former Bournemouth man tip the Foxes midfielder’s header over the bar, which Rodgers was very impressed with.

Partey came mighty close to doubling Arsenal’s lead again ten minutes into the second half but the ball was cleared away by Luke Thomas.

However, on closer inspection, it became clear that the ball, which was heading towards goal, hit Soyuncu on the hand.

After a lengthy VAR review, referee Anthony Taylor duly pointed to the spot and Lacazette fired into the top left-hand corner of the net to seal another three points for the Champions League hopefuls.