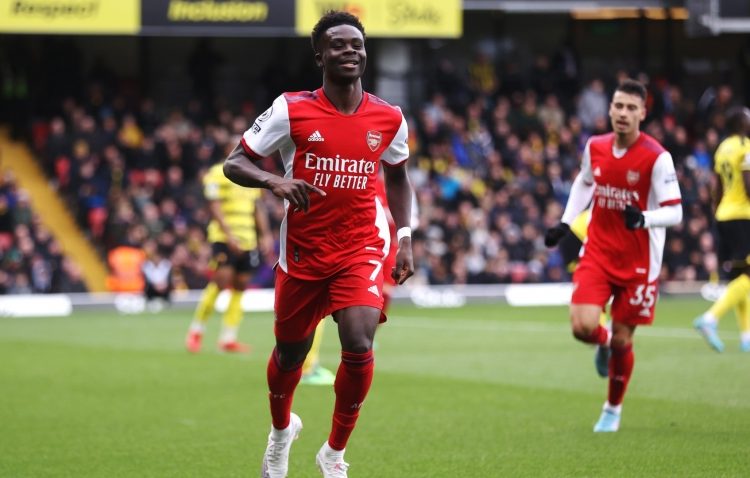 Arsenal climbed into the Champions League places with an entertaining victory over lowly Watford in a game with five quality goals.

The Hornets, who remain in the relegation zone, thought they had taken the lead within the first 20 seconds as Emmanuel Dennis slotted home but he was offside.

Martin Odegaard put Arsenal ahead not long afterwards after flicking the ball into the path of Bukayo Saka and then running into the centre to slot in Saka’s cross.

The visitors restored their lead when Saka won the ball off Tom Cleverley and found Alexandre Lacazette, who rolled the ball back into Saka’s path to fire into the top corner.

England star Saka was involved again in the third goal as his quick throw-in set up a move with Lacazette laying the ball off to Gabriel Martinelli to finish.

They looked as if they were cruising, and Eddie Nketiah hit the post, before Moussa Sissoko controlled the ball on his chest and beat Ben White before slotting in.

That set up a tense finale with Watford debutant Samuel Kalu forcing Aaron Ramsdale into a save with a long-range shot.

Arsenal move above Manchester United into fourth spot for a couple of hours at least, with United facing Manchester City in the derby.

Watford, who blow hot and cold too often, remain three points off safety.