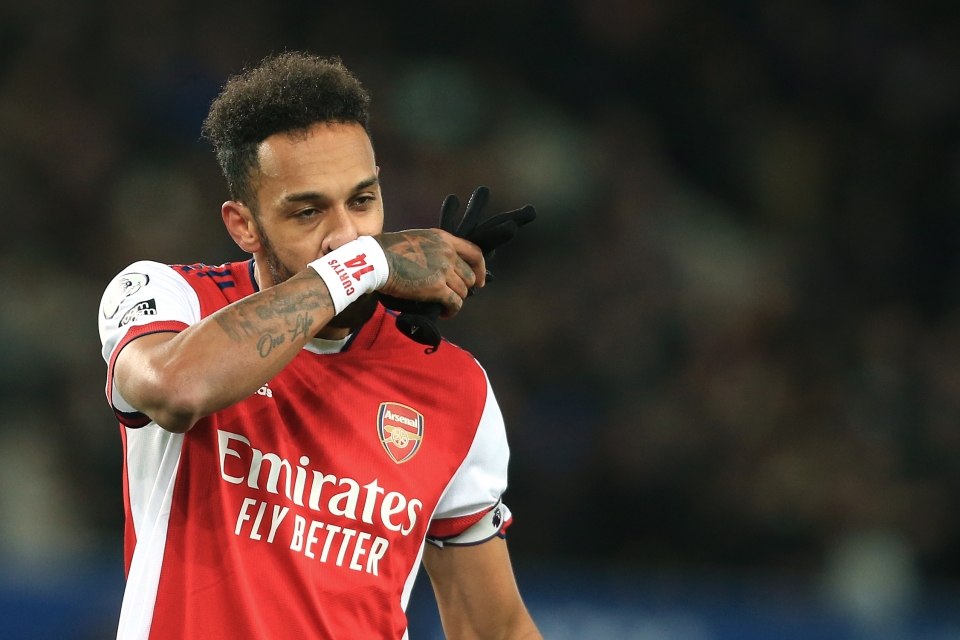 Pierre-Emerick Aubameyang’s Arsenal future is in doubt after Mikel Arteta dropped his captain due to a ‘disciplinary breach’.

The 32-year-old was absent from training Friday and does not feature in the Gunners squad for their Premier League clash against Southampton on Saturday.

According to the Athletic, Aubameyang returned late from a trip abroad last week, which resulted in COVID protocol implications.

Explaining the omission, Arteta said: “Unfortunately [it’s] due to a disciplinary breach.

“I think we have been very consistent that we have certain non-negotiable in the team that we have set ourselves as a club, and he’s not involved today.”

He added: “It’s not an easy situation and not a situation we want to have our club captain in.”

And the Arsenal manager suggested the Gabon striker may have to wait even longer before returning to the squad.

When asked whether Aubameyang’s punishment would continue after today, Arteta responded: “It starts now.”

Ex-England international Trevor Sinclair submits this could be the end for Aubameyang at Arsenal.

Sinclair draws comparisons to Arsenal loanee Matteo Guendouzi, who has not featured for the Gunners since falling out with Arteta in June 2020.

“Disciplinary problems, missing training, not turning up for training, letting your teammates down – as a manager you need to rely on your players,” Sinclair said.

“If he’s not turning up for training, we’ve seen Arsenal do it before with Guendouzi – he was acting out of sorts, he wasn’t confirming with the way Arsenal wanted to do things, and he was out of the door before you knew it.

“Unless Arteta feels there’s a way back for Aubameyang, you can see this being the end of his time at Arsenal.”

However, the striker still has two years remaining on his £250,000-a-week contract, meaning Arsenal could have another Mesut Ozil situation on their hands.

“He’s got two more years left on his contract, and he’s on huge money,” Sinclair added.

“This can sometimes happen with inexperienced managers, you’re there to enforce discipline across the board for all the players and treat the players fairly, you can’t treat mavericks any differently from the rest of the group.

“But sometimes young managers don’t know how to deal with these situations.

“This possibly could have been kept in the house, but it’s come out and the fact it’s come out, I think the writing is on the wall.

“If he’s missing training, and he’s not got a proper excuse, this could be the end of the road for Aubameyang at Arsenal.”