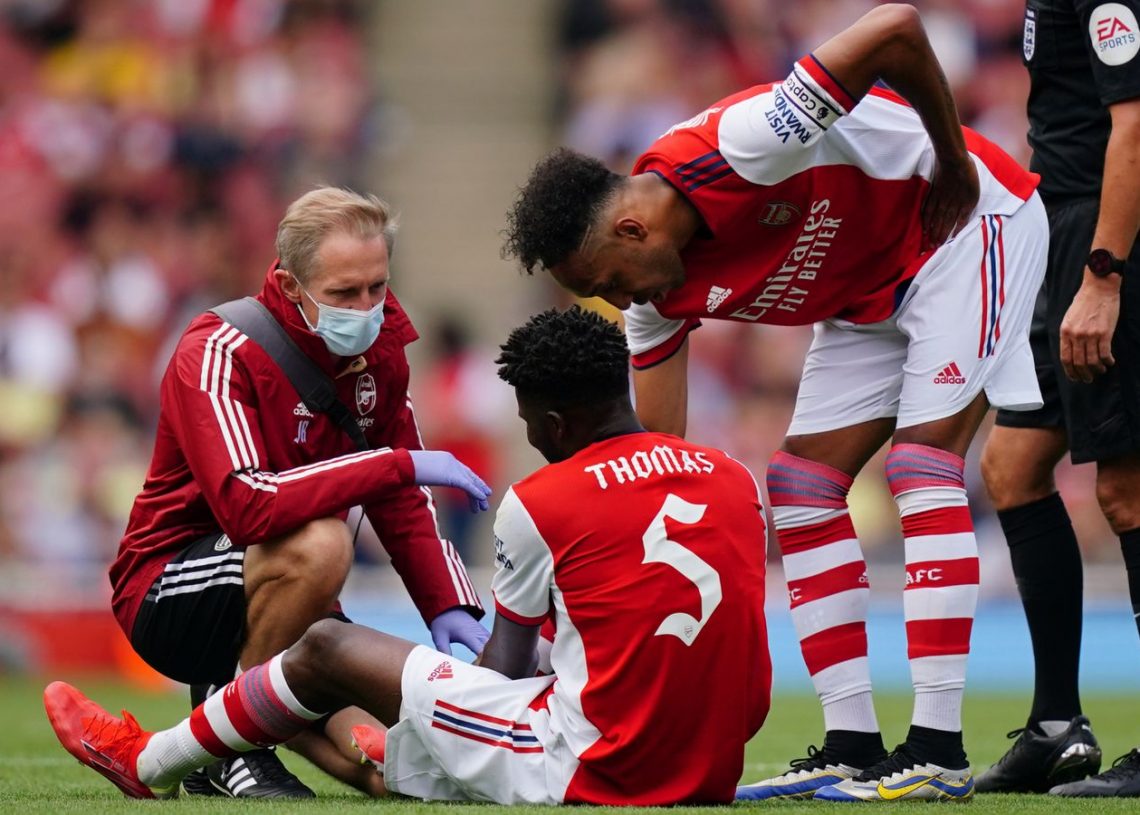 Midfielder Thomas Partey is expected to be available when Arsenal travel to Anfield to play Liverpool in the Premier League this weekend.

Partey picked up a thigh strain and missed the Gunners’ 1-0 win against Watford, before watching on from the physio room as his international side Ghana drew with Ethiopia.

The 28-year-old didn’t feature in the Black Stars’ victory against South Africa, to progress to the final qualification for the 2022 World Cup to be staged in Qatar.

Mikel Arteta has options in Mohamed Elneny, who scored for Egypt, and Albert Sambi Lokonga, who Manchester City legend Vincent Kompany has described as Arsenal’s own Yaya Toure.

But the medical team are confident that first-choice Partey will be ready for the weekend’s game.

With five Premier League managers already losing their jobs this season, Arsenal seem to be reaping the reward for their continued faith in Mikel Arteta despite an underwhelming start to the season.

The Spanish manager has turned things around and the Gunners are now undefeated in their last 10 games in all competitions ahead of the visit to Anfield.

There is also a feel good factor at the club with the trio of Aaron Ramsdale, Bukayo Saka and Emile Smith Rowe all enjoying success with England, helping Gareth Southgate’s qualify for the World Cup.

Aaron Ramsdale has particularly been a success story, with the former England U21 goalkeeper deservedly making his debut for the Three Lions having been in fine form for for Arsenal since joining in the summer.