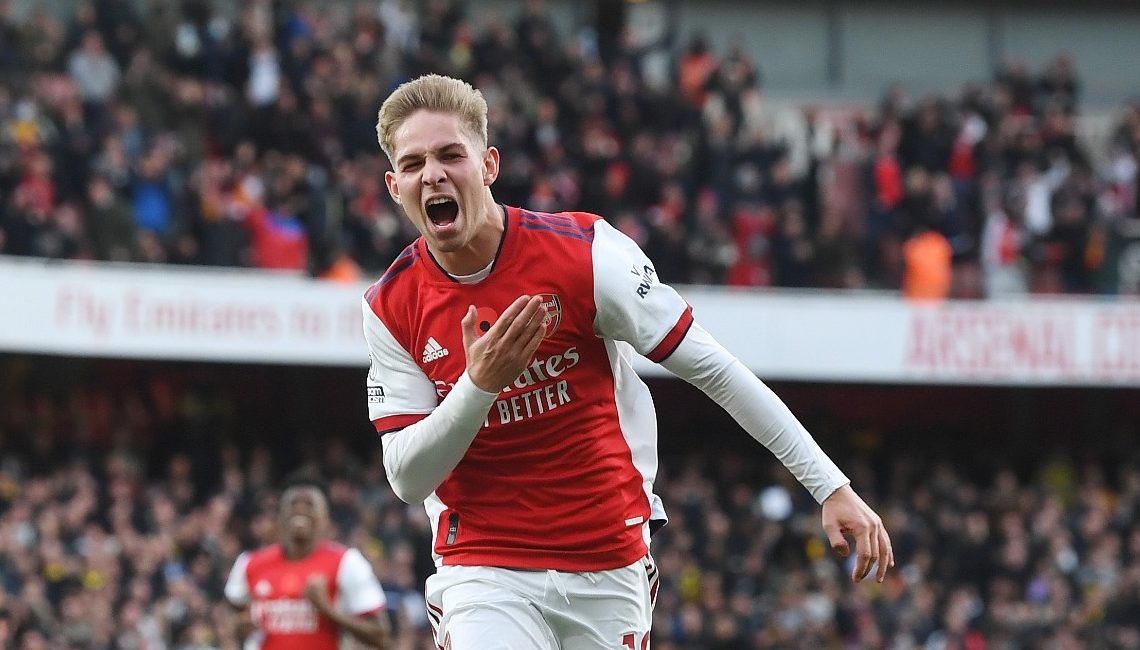 Emile Smith Rowe scored for the third Premier League game in a row as in-form Arsenal marked Mikel Arteta’s 100th game in charge with a 1-0 win over Watford at the Emirates.

The Gunners, now unbeaten in 10 games across all competitions, had been by far the better team in the first half without reward. Bukayo Saka had an early strike overturned by VAR for offside and, after Danny Rose’s blatant foul on Alexandre Lacazette, Pierre-Emerick Aubameyang’s penalty was superbly stopped by the impressive Ben Foster 10 minutes before the break.

But Watford have now not kept a clean sheet in the top flight for 21 games and their defence was eventually beaten on 56 minutes when Smith Rowe swept in from 18 yards for his fifth goal of the season – although there was some controversy, with Claudio Ranieri later complaining that Arsenal did not give the ball back after the visitors had kicked it out for Ozan Tufan to receive treatment.

Mikel Arteta said afterwards: “I cannot think of any team that is as honest as us. If anything happened I apologise, but we compete the right way all the time.”

Sub Martin Odegaard should have added a second soon after coming on but Aubameyang capped a personally frustrating afternoon by unnecessarily trying to tap in the Norwegian’s already goal-bound shot from an offside position.

Arsenal’s wastefulness – and Foster’s string of saves – set up a nervy finish for the hosts, with Aaron Ramsdale giving the home supporters a scare when a missed clearance led to Josh King shooting into the side-netting. But Arsenal’s one goal proved to be enough and the win moves them up to fifth in the Premier League, level on points with West Ham who host Liverpool later on Sunday.

Watford, who managed just the one shot on target and had Juraj Kucka sent off in the final minutes for a second bookable offence, remain just two points above the relegation zone.