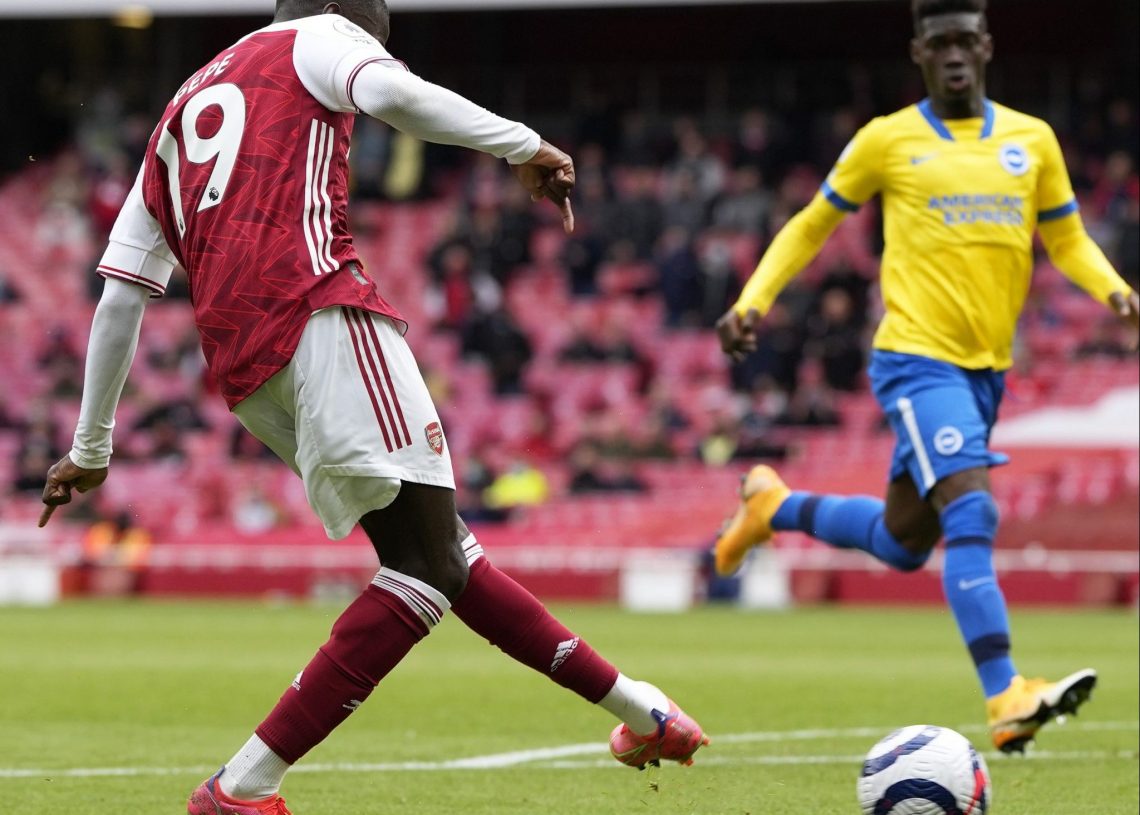 Nicolas Pepe scored twice as Arsenal beat Brighton 2-0, but the Gunners missed out on the final European qualification spot.

Arsenal appeared on track for a seventh-placed finish – and qualification to the Europa Conference League – after Nicolas Pepe’s double at the Emirates Stadium, but Tottenham’s late win over Leicester leaves them in eighth and facing their first season without European football in 25 years.

Arsenal was frustrated by Brighton in a one-sided first half but finally made the breakthrough when Pepe expertly controlled a Calum Chambers cross and fired past Robert Sanchez (49).

The in-form Ivorian then made it five goals in his last three appearances as he latched onto a Martin Odegaard pass and produced another clinical finish (60) from the right-hand side of the Brighton box.

The victory lifts Arsenal above Everton, who were beaten 5-0 by champions Manchester City, but Mikel Arteta’s side has to settle for eighth place – and a season out of European competition due to Tottenham’s dramatic 4-2 victory at the King Power Stadium.