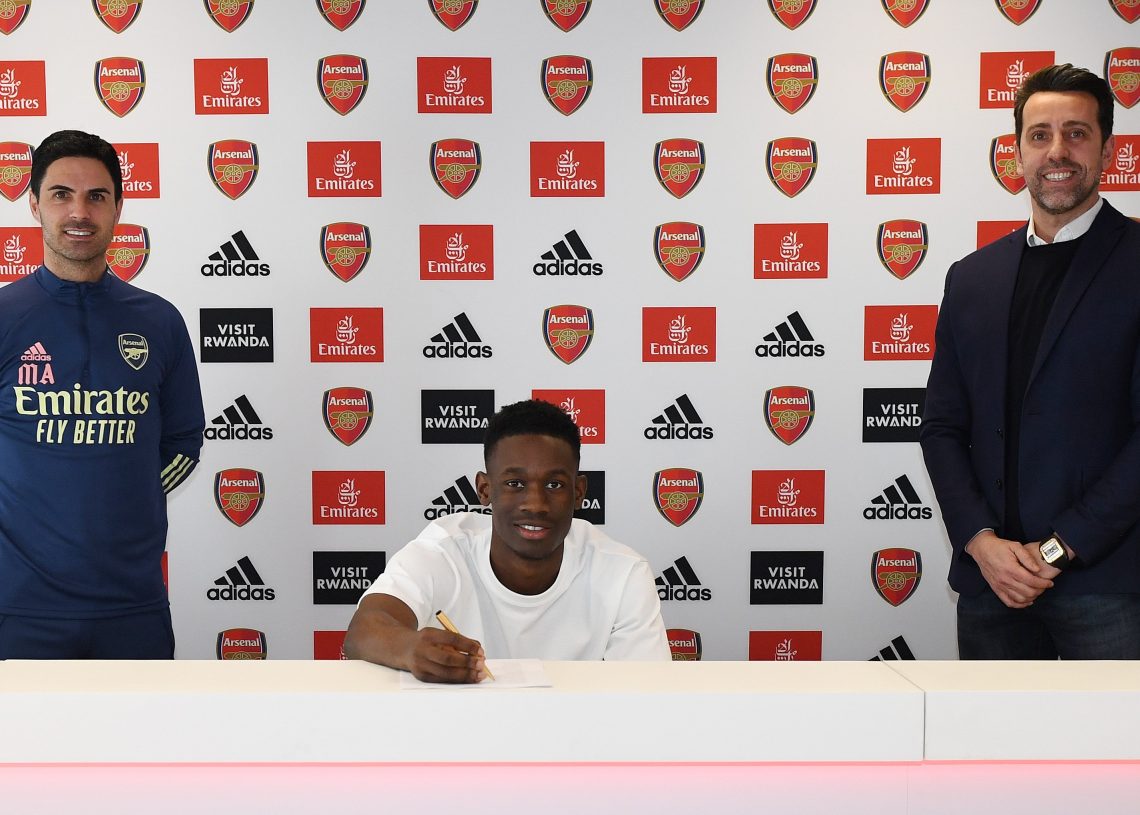 Arsenal has confirmed that Folarin Balogun has signed a new long-term contract with the club.

One of our own ❤️ pic.twitter.com/muvFs4oFXR

The 19-year-old striker, who signed as a scholar in July 2017 having been at the club since he was nine years old, has continued his impressive development this season, making his first-team debut and scoring his first goals at the senior level.

The contract renewal puts an end to the countless rumours of departure as talks to append his signature to extend his stay at his boyhood club dragged.

As per Fabrizio Romano, Balogun, who contract was scheduled to end in June, 2021received 15 proposals from German, Spanish and Italian clubs to join as a free agent at the end of the season.

He received > 15 proposals from German, Spanish and Italian clubs to join as a free agent.

…but he loves #AFC and he’s staying to be part of the first team next season.

Technical director Edu said: “It’s great that Flo will continue to be with us. He is a very promising young talent and has already shown so much quality in his performances. We are all looking forward to working with him during his continued development in the coming years.”

“He has given us glimpses with the performances and of course with his two goals already for the first team. The hard work starts here for Flo and we are all looking forward to supporting and working with him in the years to come.”

Balogun has made five first-team appearances this season, four in the Europa League and one in the Carabao Cup, and in the grand total of 74 minutes he’s amassed, he’s scored twice and created one assist.