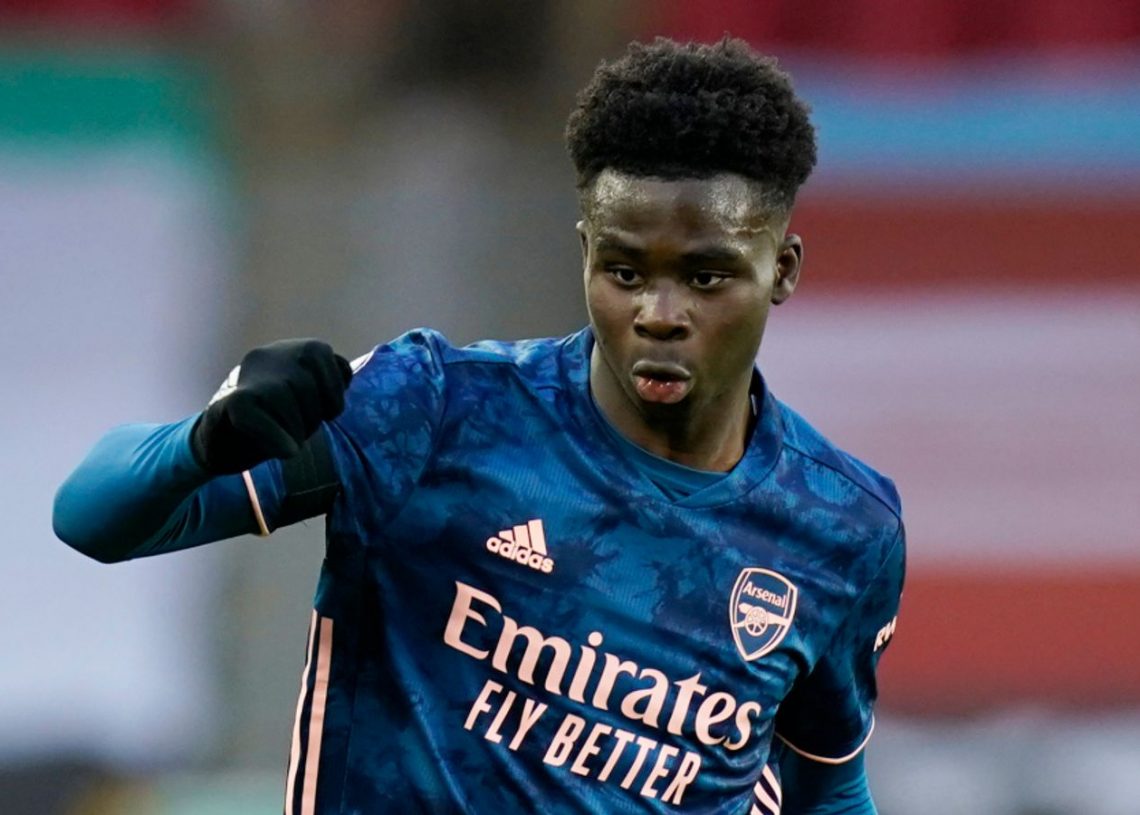 Arsenal will assess Bukayo Saka over the next couple of days after the versatile midfielder collected a thigh injury in their 3-0 win over Sheffield United.

A wonderful team goal scored by Alexandre Lacazette gave the visitors the half-time lead before Gabriel Martinelli marked his recall to the team with a goal. Lacazette then struck again late on for his 50th Premier League goal for the Gunners.

Sunday’s 3-0 success was Arsenal’s first clean sheet in 15 matches in all competitions, and the three points moved Mikel Arteta’s team up to ninth in the table, seven points behind sixth-placed Liverpool – but it may have come at a cost.

Saka, who was deployed at the tip of a diamond by Arteta in the absence of Martin Odegaard, sustained a thigh injury midway through the second half at Bramall Lane following a challenge with Rhian Brewster.

Arsenal face a pivotal Europa League quarter-final second leg with Slavia Prague on Thursday, with the tie in the balance following the 1-1 draw at the Emirates Stadium last week, but Arteta says it’s too soon to know whether Saka will be ruled out of the trip to the Czech Republic.

“I don’t know yet [the severity of the injury]. He had to come off as he had discomfort in his thigh which is the last thing that we needed,” Arteta said. “We’re missing some big players out at the moment so the last thing we need is another one. Hopefully it’s not that serious.

“I don’t know the extent of it. For Thursday, David [Luiz] will be out, Kieran [Tierney] will be out and then with Emile [Smith Rowe] and Martin [Odegaard], we don’t know yet. We’ll have to see how Bukayo develops in the next few days.

“I hope Pierre-Emerick [Aubameyang] can be back for Thursday – he was unwell yesterday and couldn’t train but hopefully in the next day or two he can be better.” 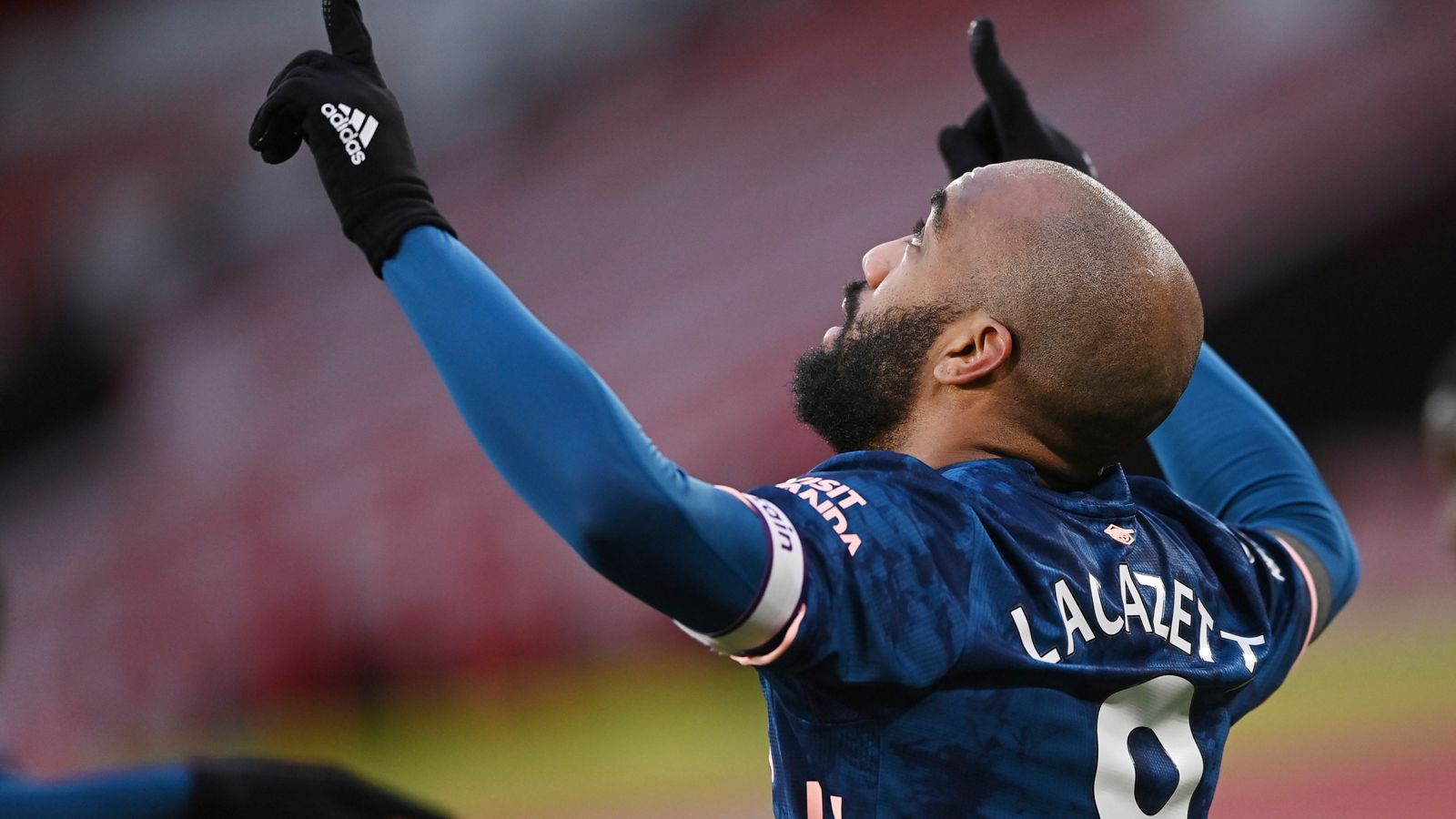 Arsenal’s opener was a goal of real beauty as Dani Ceballos’ deft backheel flick eventually put Lacazette through on goal to slide the ball beneath Aaron Ramsdale.

It was not quite of the level of Arsenal’s much-celebrated team goal against Norwich in 2013, scored by Jack Wilshere, but it had many of its hallmarks.

Arteta added: “It was a typical Arsenal goal. It was of a high quality and the movement was really good. Laca is playing really well at the moment – he’s full of confidence. He needs to keep doing it right up until the end of the season.

The Gunners doubled their lead midway through the second half when John Lundstram sloppily surrendered possession to Nicolas Pepe while attempting to play out from the back and the Ivorian’s driving run and shot saw Ramsdale parry the ball out for Martinelli to tap into an empty net.

It was the teenager’s first goal in 15 months following a serious knee injury, but Arteta reiterated the need to be patient with the forward amid a clamour for him to be handed more regular starts from supporters.

“Of course, I’m delighted with him but I’m asking you to be patient as we have a lot players who are 19, 20 years old. They’re compared with other players of similar ages at Premier League clubs towards the top end, but it’s not common. Gabby is having the right path and the right development.

“He’s got an incredible attitude and talent, and has his entire future in front of him. What we need to do is manage that and try to give him the right amount of minutes and the right games to develop and get better.”