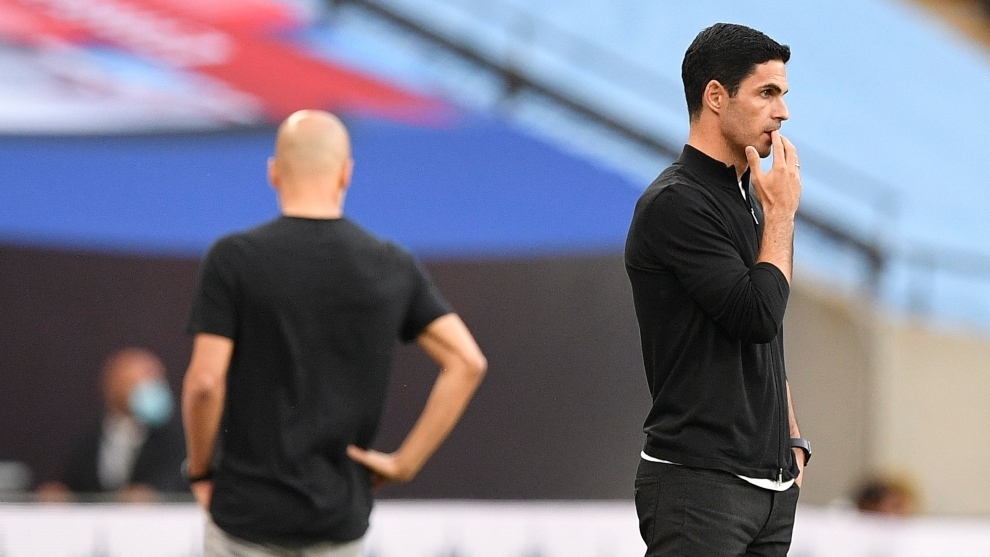 Mikel Arteta apologized to Arsenal supporters after his side fell way short of the standards he expects on the way to a 3-0 home defeat to Liverpool.

The Gunners barely laid a glove on the reigning champions who, after a lackluster opening 45 minutes, killed the game in an 18-minute second half blitz break courtesy of substitute Diogo Jota’s brace and Mo Salah’s strike.

Unable to call on key players in midfield – Bukayo Saka, Emile Smith Rowe and Granit Xhaka were all injured – the Gunners struggled to keep the ball and ended the evening with just over 300 completed passes and only three attempts at goal.

“Liverpool completely deserved to win the game, probably with a bigger margin,” said Arteta in his post-game press conference.

“They were much better than us in every single department and we were extremely poor today. Basically when you don’t do any of the basics right against this level of opponent, you don’t even have a chance to compete. That’s exactly what happened today.”

Asked what he put the defeat down to, he added: “[Twelve defeats this season] is a poor return but every defeat is different. Each one hurts differently.

“The image that we showed today and the lack of clarity in what we wanted to get out from this game… we need to apologize to our people, to our fans. This standard is nowhere near what we want. I am fully responsible for that.”

While the result doesn’t alter Arsenal’s league position – we’re still sitting ninth in the table – the performance once again highlighted our inconsistency on the pitch. It’s proving to be a real head-scratcher for Arteta who knows his job will be on the line if he can’t solve the issue next season.

“It’s very frustrating to see that and today was a big shock to the system. We have been really competitive against the big sides.

“I don’t know whether it’s the worst but it’s probably one of the worst. It’s one that really shocked me and leaves us in a position where we have to apologize for what we’ve done on that pitch today.”

While qualifying for Europe via the league now looks highly unlikely, the Gunners can still sneak into the Champions League by winning this season’s Europa League. Arteta called on his players to show a reaction when Slavia Prague visit the Emirates for the first leg of their quarter-final on Thursday.

“Absolutely,” he said. “This is the minimum that we can do, to perform at a completely different level on Thursday.”