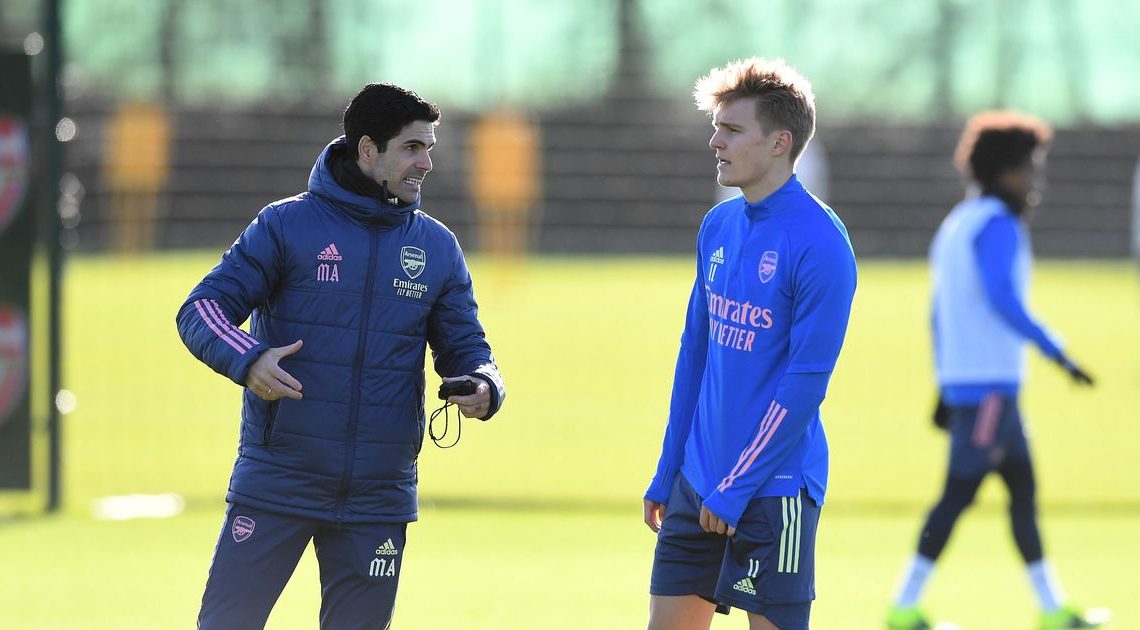 During the international break, Martin Odegaard said the two things he was looking for most when he considers his future were ‘stability’ and ‘development’.

The Norwegian international has quickly become a key component of Mikel Arteta’s side, and his comments were put to the Arsenal manager as a potential hint that the player might like to stay in North London.

The Spaniard was quick to play down any discussion which might reference a permanent deal, but did say it’s something that would be discussed at the end of the season.

“I don’t like to read between the lines, said Arteta.

“I speak with him every day. I see his face, his body language, he seems really happy right now here, and our contract with him is until the end of the season.

“What we have to do is try to make him perform, develop and be as happy as he can be, and that the team is going to be reflected in better performance, better results.

“At the end of the season, we will see where we are and we will have a discussion.”

It seems unlikely that the subject of convincing Odegaard to stay, and what kind of a bid we’d have to put together for Real Madrid, is something that won’t be discussed until the end of the campaign.

In private, those kind of discussions will be taking place, but understandably making them public, much as we as fans would like to know more, would probably be counter-productive.

Arteta is keen for his players to focus on the games left in the Premier League and Europa League, with the possibility of a European trophy and Champions League football still to play for.

“Every game for us is a final.” he said in relation to priorities ahead of Saturday evening’s visit of Liverpool.

“Three points means a lot in the in the table, and we need to go for them. So we need to win as many games as possible. We know that.

“And then Europa League, we have five games to have that cup in your hands. But you have to go game by game because every game in Europe is tremendously difficult.

“Slavia Prague, seeing the results that they got against top sites and teams that’s playing in this country, and they’re in a better position than us.

“So that’s the level and you cannot get surprised by thinking in a different way.”