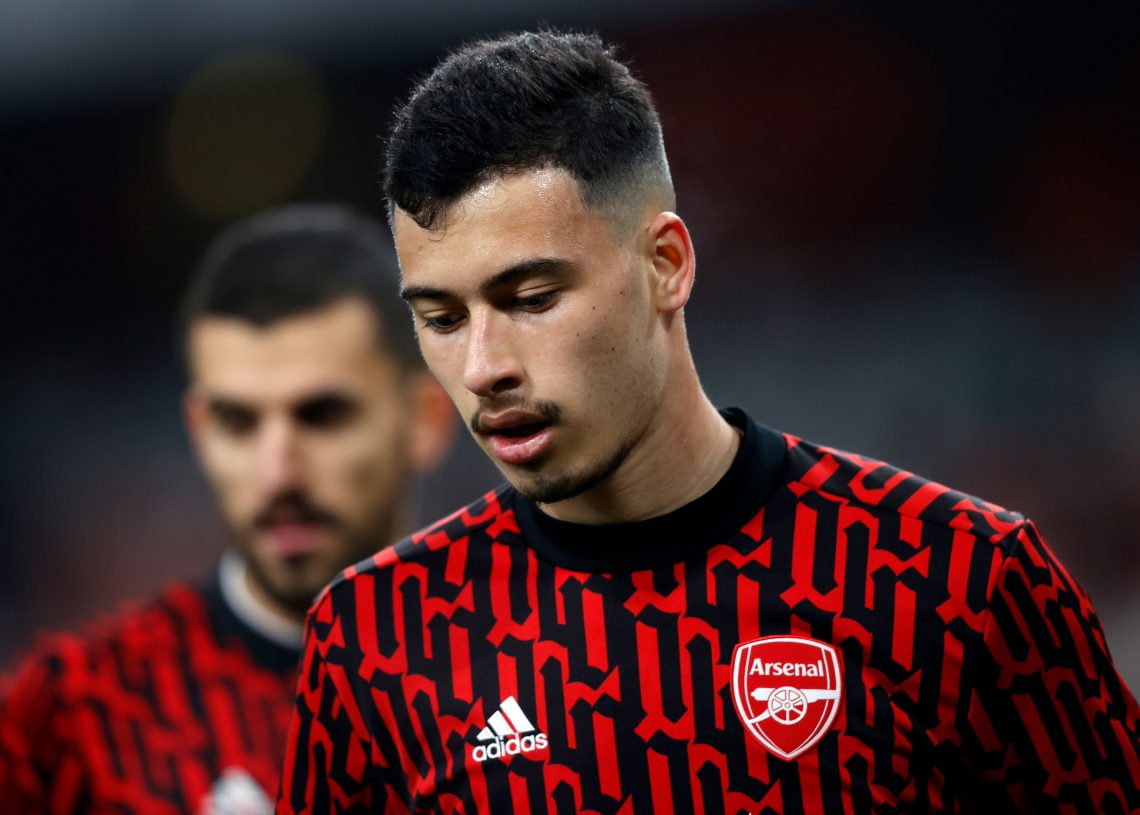 The Brazilian was due to start the third-round tie at the Emirates Stadium in an attempt to build up his match fitness having been ruled out for a number of months with a knee ligament injury.

However, the Brazilian went down before a ball had been kicked and looked in obvious pain as he was helped from the field in tears.

The 19-year-old will undergo a scan on his ankle in the coming days to ascertain the severity of the latest blow, but Arteta’s tone suggested that the outlook may be bleak.

“I am gutted,” Arteta confessed after the game, quoted by the Independent.

“I was in my office before the game and one of the coaches came in and told me that Gabi had hurt himself, that he’d twisted his ankle.

“I went to the medical room, and he was in tears. He was in a lot of pain, and we’re going to have to see how he is. It didn’t look good. I imagine that we’re not going to have good news with him.

“We really want to know what’s going on. He’s a character, and he wants to play. He doesn’t care and can handle pain, but I don’t know. Hopefully, there is nothing too serious but to start with, it didn’t look too good.”