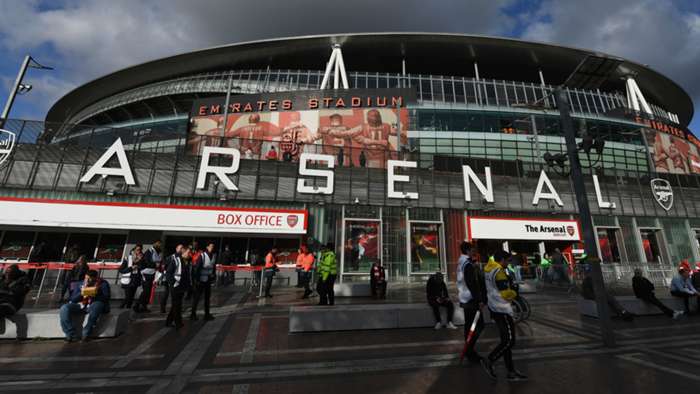 Arsenal has taken a £120 million ($160m) loan from the Bank of England to help ease cashflow issues brought on by the coronavirus pandemic.

The loan has been provided by the bank’s COVID-19 corporate financing facility (CCCF) and must be repaid by May, along with an unspecified amount of interest.

In a statement, Arsenal said: “We are taking a short-term £120 million loan through this facility to partially assist in managing the impacts of the revenue losses attributable to the pandemic.

“This is a similar approach to that taken by a wide variety of major organizations across many industries including sport and is repayable in May 2021.

“The CCFF is designed to provide short-term finance at commercial rates during the pandemic to companies that have strong investment ratings and which make significant contributions to the British economy.

“The CCFF is in addition to the loan provided by our owners Kroenke Sports and Entertainment that enabled us to refinance the debt on Emirates Stadium in August last year.”

Arsenal have seen their revenues plummet due to the pandemic and the club’s cash reserves have now run dry, with matchday revenue – which usually accounts for 24% of the club’s annual revenue – now non-existent due to games being played behind closed doors.

Last year, the Arsenal Supporters Trust released a detailed analysis of the club’s financial position going into the pandemic and predicted a loss of £144m ($195m) should the entire 2020-21 campaign be staged without fans.

The £120m loan that has now been secured from the Bank of England loan will be used to ease the club’s current cashflow issues and not in the transfer market.

Arsenal remains hopeful of adding at least one new player to Mikel Arteta’s squad this month, but it is likely that any new additions will only arrive on loan due to the financial difficulties currently facing the club.

Arsenal’s focus during the transfer window is moving players on and reducing the wage bill, with the club in talks with the highest earner Mesut Ozil and his agent over a potential January exit.