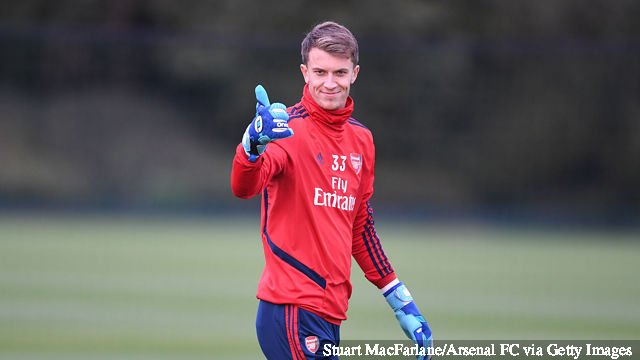 Arsenal goalkeeper, Matt Macey is set to join Scottish club, Hibernian on loan for the rest of the season.

He looked set to leave Arsenal in the summer but was retained as the dust settled on Emi Martinez’s move to Aston Villa.

The 26-year-old has fallen in the pecking order, losing his spot to Alex Runarsson, who joined in the summer transfer window. Macey has had to settle for minutes in the Premier League 2 and EFL Trophy.

Macey joined the Gunners from Bristol Rovers in 2011 and has been out on loan three times to Accrington Stanley, Luton and Plymouth.

He featured twice for the first team during Arsene Wenger’s tenure, making his debut against Norwich in the EFL Cup in October 2017. A month later he kept a clean sheet in a 0-0 draw with Red Star Belgrade in the Europa League at the Emirates.