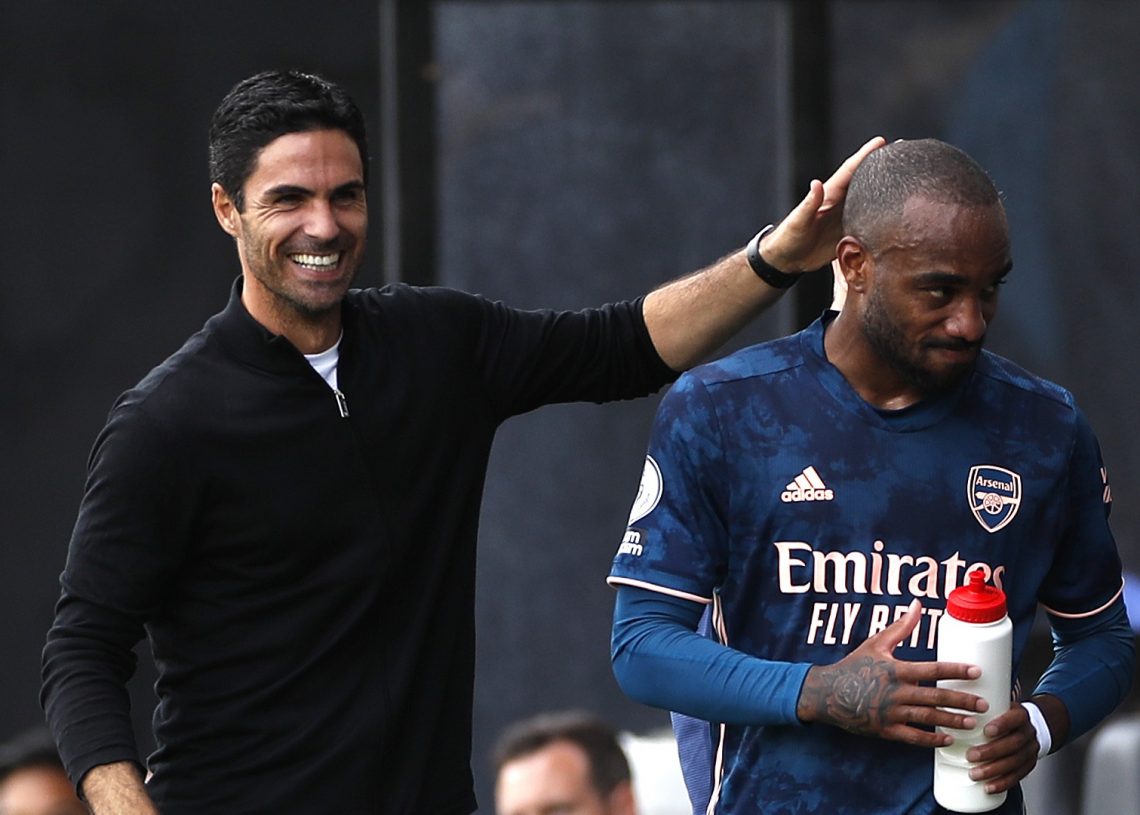 LONDON, ENGLAND - SEPTEMBER 12: Mikel Arteta, Manager of Arsenal interacts with Alexandre Lacazette of Arsenal after he is subbed during the Premier League match between Fulham and Arsenal at Craven Cottage on September 12, 2020 in London, England. (Photo by Paul Childs - Pool/Getty Images)

The Frenchman has recently found his goalscoring boots in the last few games for Arsenal, leading the resurgence of a team that looked like nothing positive was ever going to come from them.

He has scored 4 goals in his last 3 Premier League games, and it’s 5 in 4 when you count the strike against Man City in the EFL Cup defeat.

The 29-year-old is heading towards the final 12 months of his current contract, but there’s no sense of urgency from the manager, as he insists it’s a situation they’ll deal with at the end of the season.

“We will talk in the summer and make a decision on what is going to happen,” said the Spaniard.

“We haven’t talked about anything relating to his contract. I’m delighted with the way he is performing, the goals he is scoring and the form and energy he is in at the moment.

“He needs to keep doing that.”

Lacazette is the club’s leading scorer in all competitions this season with 9 goals to his name.

Nicolas Pepe, Eddie Nketiah and Pierre-Emerick Aubameyang are next best, with 5 each.

Goal-scoring has been a bit of an issue during this campaign, but the striker in recent games has turned things around for his good, sparking the conversation for a contract renewal.

However, from what Arteta says it seems unlikely we’ll be offering new terms to a player who, at that point, will be 30 years of age.