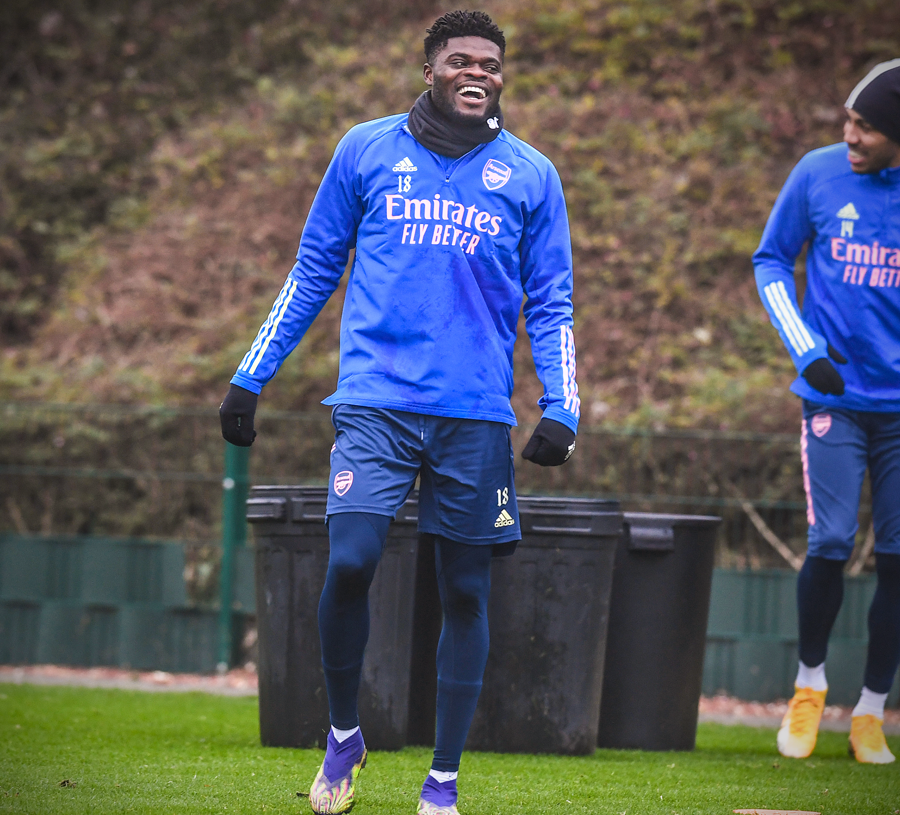 Mikel Arteta says Thomas Partey needs to come through a few more training sessions before being considered for selection.

The Ghana international has only played 45 minutes of football in nearly two months due to a persistent calf problem but could, all things going well, make the matchday squad for next weekend’s FA Cup clash with Newcastle United at the Emirates.

Asked about his summer signing after the Gunners’ 4-0 win over West Brom, the boss said:

“He hasn’t trained fully with us, but he has done most parts oftraining inthe last few days. He is feeling good and we will assess him.

“He needs another two or three good sessions to see if he is 100% available to play. If that is the case, great news for us.”

Partey picked up the original injury in the first half of the 3-0 defeat to Aston Villa on 8 November and spent a month on the sidelines before making an ill-fated comeback at Sp*rs. He’s not had much luck since making his big-money move from Atlético Madrid.

Asked if the midfielder will feel like a new signing, Arteta said: “Absolutely. We are in January and I think he’s played two and a half games. That’s all, and he was our main signing.

“So yeah. We’ve been missing him. He brings something different to the team, he’s a player with enormous talent. But as well someone that can transform the team the way we want. It’s great if we can have him, keep him healthy, and I think it will contribute in a really positive way.”