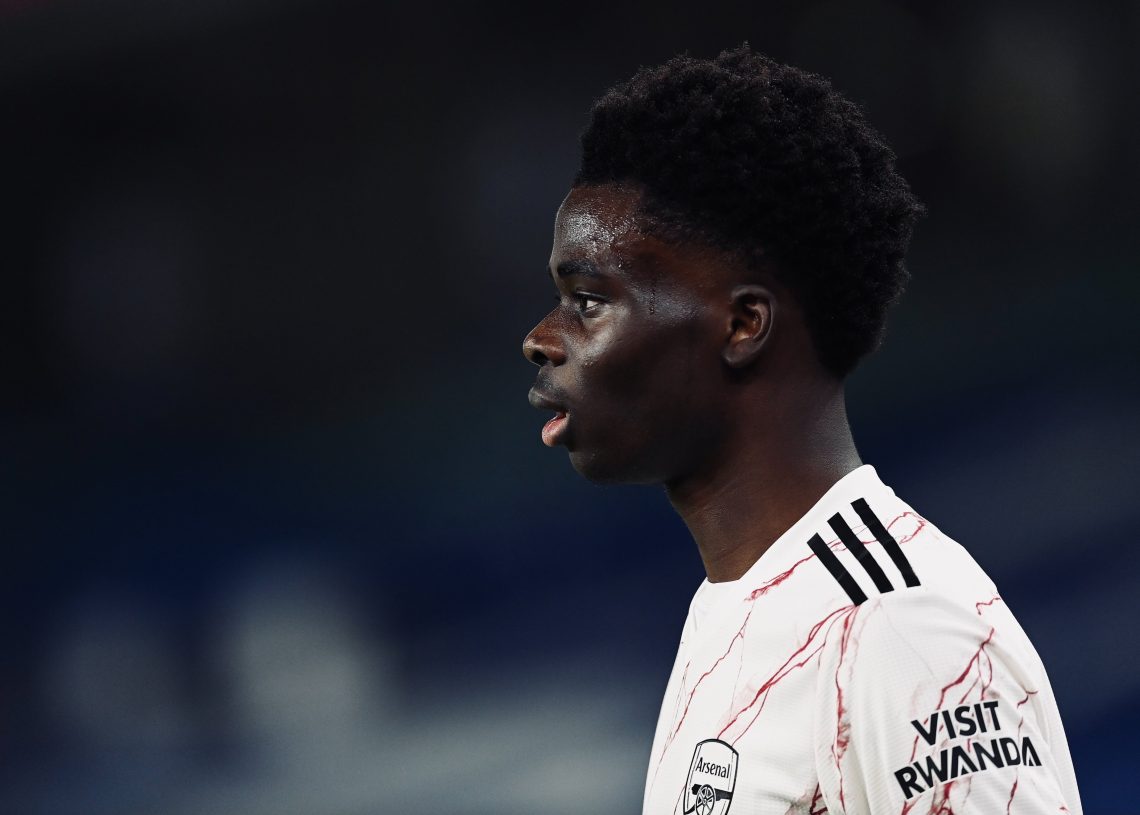 Mikel Arteta has urged fans and pundits to not get too excited about Bukayo Saka despite the 19-year-old putting up impressive performances for Arsenal.

After scoring a stunner for the Gunners in the Boxing Day win over Chelsea, the England international turned provider, teeing up Alex Lacazette to score the only goal of the game against Brighton.

After persuading the Hale End Academy product to sign a contract extension in the summer, Arsenal boss, Mikel Arteta says fans should water down their expectations for the teenager.

“I would like everybody to be cautious and let him be and let him develop,” Arteta told his post-game press conference.

“And then he’s got the right teammates as well to support him all the time, give him confidence, keep his feet on the floor, but as well to give him support and confidence. And then hopefully, we can be the right coaches around him, be the right club to see the player that he can be in the future.”

Saka’s performance very much mirrored the team’s at Brighton. In the first half, the Gunners found it very difficult to manoeuvre through or around the Seagulls’ low block but after the break, an upturn in tempo paid dividends.

“Today, he had a difficult game in the first half,” reflected Arteta. “We weren’t using certain moments to generate advantages for him and other attacking players in the right way. The game becomes really difficult all the time back to the goal against a back five in a low block.

“In the second half the moment we started to play different balls and attack differently they found more freedom, more space, and more capacity to unlock the situations and the block, and we created four or five big chances, and he was involved in most of them.”

After picking up an ankle knock, Saka wasn’t able to complete 90 minutes and had to be replaced by Dani Ceballos. Thankfully it doesn’t sound too serious.

“He was limping,” said Arteta, “I think he took a strong challenge there but hopefully he will be fine.”