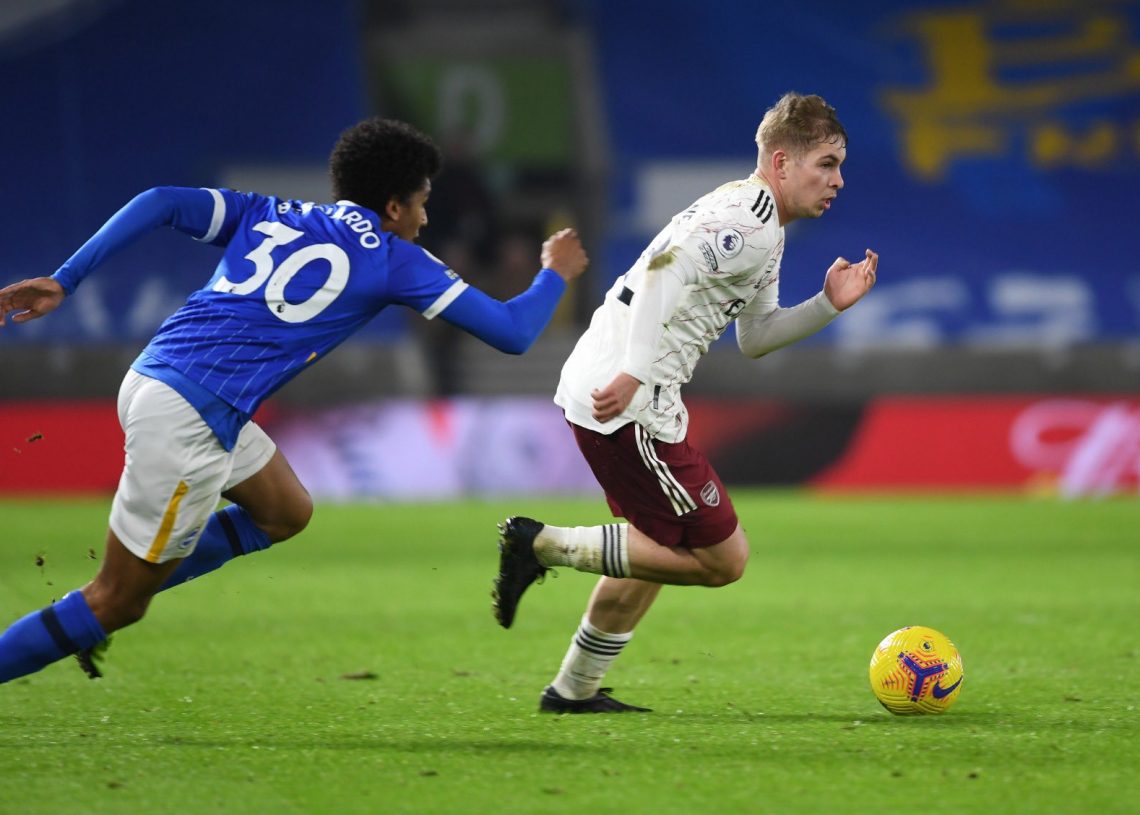 Arsenal youngster, Emile Smith Rowe says he is enjoying his recent involvement with the first team, as he helped the Gunners rack up maximum points in the last two games of the year.

The Hale End Academy product made back-to-back Premier League appearances for the first time in his career, helping the Gunners beat Chelsea and Brighton & Hove Albion to end 2020 with six vital points.

Despite a slow start, a performance which characterized the Arsenal team in the first half, Rowe found his rhythm, helping the team to pick three points at the AMEX Stadium.

Speaking to the official site afterwards, he expressed his delight at being given the chance to play.

“I’ve really enjoyed it,” he said.

“It’s a dream for me to play for this club. I’m so happy and grateful that the manager’s shown faith in me and given me the chance.

“I’ve just got to keep training hard, and then when I get the opportunity I’ve got to take it.”

On the game itself, he continued, “Mikel told us the game would open up in the second half, so we just tried to keep the belief, the confidence, and you could see we started to create more chances.

“Laca got the goal that helped us.”

The win moved the Gunners up into 13th, with a 7 point gap to the relegation places, and just 6 points off 5th.