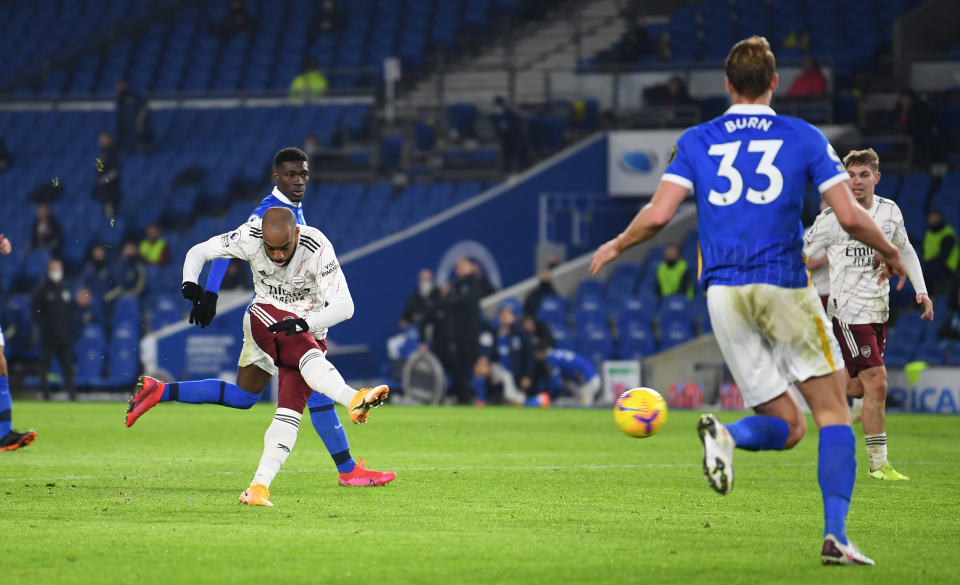 The striker got the decisive goal just 21 SECONDS after he entered the fray at the Amex Stadium.

Lacazette slotted the ball past Robert Sanchez after receiving the ball from Bukayo Saka, who found space down the right with a buccaneering run.

Earlier, Pierre-Emerick Aubameyang somehow failed to give the Gunners the lead as his goal-bound shot was excellently kept out by Sanchez.

But Lacazette’s goal was all that was required to secure Arsenal back-to-back wins for the first time in the Premier League since their opening two league matches of the season.

Meanwhile, the Seagulls hover just above the relegation zone. They’re three points ahead of 18th-placed Fulham, who have played a matchless.

Although Aubameyang came perilously close to breaking the deadlock early in the second half, it was a tentative display by the visitors still trying to find their confidence, despite their Boxing Day win over Chelsea.

Arteta decided to throw Lacazette on and this change was rewarded a matter of seconds later.

The Frenchman showed good composure as he beat Robert Sanchez at the near post, with Saka doing splendidly down the right to break free of Dan Burn before getting his head up and rolling it to the unmarked Lacazette.

Brighton inevitably came back but didn’t really trouble Bernd Leno, with Davy Propper’s near-post effort the closest they came to an equalizer.

The only negative from an Arsenal perspective came in the 80th minute when man-of-the-match Saka hobbled off the pitch.

But most importantly, the result eases pressure on Arteta, who would have every right to call himself a tactical genius with Lacazette having the most immediate of impacts.