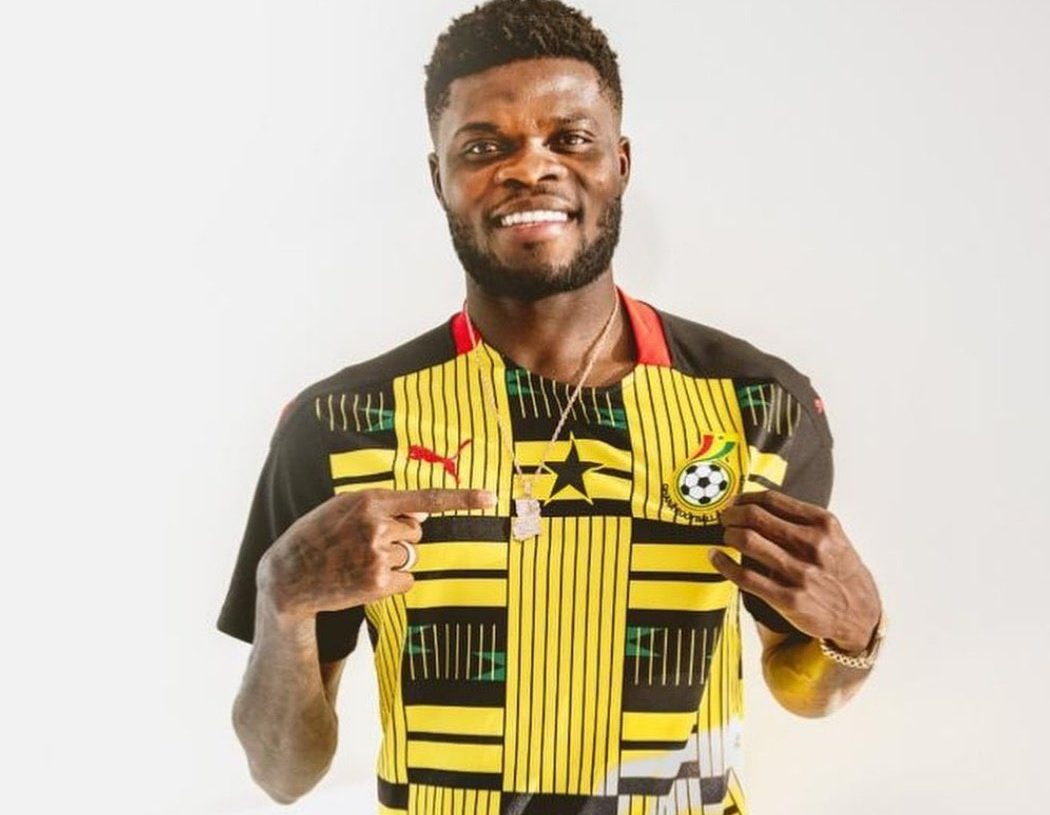 Black Stars player, Thomas Partey has shown off the team’s new kit for 2020/2021 as speculation of a deadline day move to Arsenal gains steam.

The kits, designed by sports manufacturing giants, Puma, is expected to be outdoored when Ghana’s Black Stars face Mali in an international friendly on October 9.

The Black Stars are also expected to use the kits during their AFCON 2021 qualifying campaign.

The Atlético Madrid star is expected to be at the thick of things for the Black Stars as the qualification for two major tournaments looms.

In the world of transfers, the 27-year-old is reportedly on the verge of joining Arsenal on transfer deadline day, with the North London club set to make him their most expensive signing of the 2020 transfer window.

The Gunners are expected to trigger his release clause of £45m.