Arsenal could steal Jorginho from Chelsea 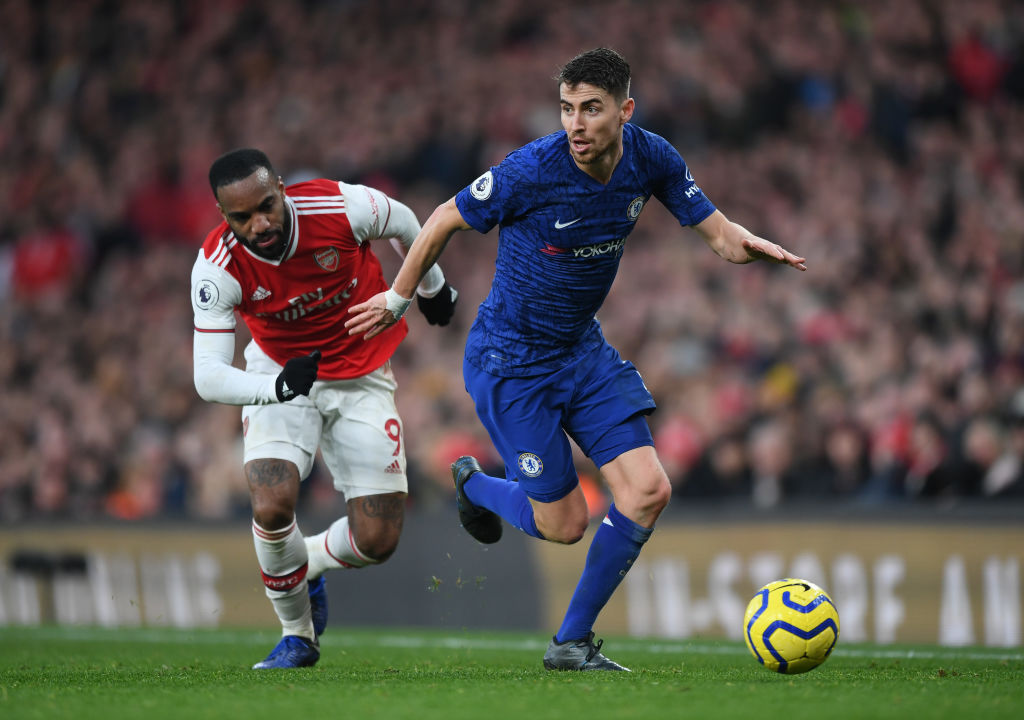 LONDON, ENGLAND - DECEMBER 29: Jorginho of Chelsea is closed down by Alexandre Lacazette of Arsenal during the Premier League match between Arsenal FC and Chelsea FC at Emirates Stadium on December 29, 2019 in London, United Kingdom. (Photo by Shaun Botterill/Getty Images)

The Italian comes up as one of the many midfield targets of the Gunners who are reportedly interested in securing the services of Thomas Partey from Atlético Madrid and Houssem Aouar from Lyon.

Although not playing a lot of games during the 2019/2020 season as he did under Maurizio Sarri, the midfield maestro seems to have found his way back into Frank Lampard’s starting XI.

He has also started both of Chelsea’s Premier League fixtures so far this term, against Brighton and Liverpool.

This suggests that Jorginho is firmly part of Lampard’s plans for the 2020-21 campaign, despite the fact the club has brought in several new players over the summer.

It’s then noted that Arteta was Pep Guardiola’s assistant when Manchester City tried to sign Jorginho from Napoli two years ago.

Jorginho came close to agreeing on a move to the Etihad Stadium but opted to reunite with Sarri in west London instead.

Arteta, it seems, is keeping close tabs on the midfielder and could make a formal move before October’s deadline.