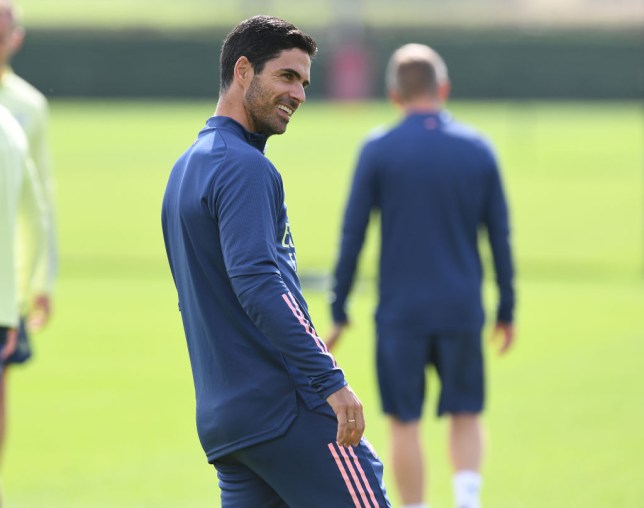 The Gabon international ended a long-running transfer saga on Tuesday by signing a three-year deal with Arsenal.

Getting Aubameyang to pen a new contract was Arteta’s No.1 priority and now the Arsenal manager can turn his attentions to securing two more top targets.

TheMirrorclaim Arteta plans to follow up the capture of Aubameyang with the addition of two midfielders, with Thomas Partey and Houssem Aouar top of the list.

Arteta is aware Arsenal will need to sell before they can make offers for Partey and Aouar and has green lit the exits of Sead Kolasinac, Matteo Guendouzi and Lucas Torreira.

The Gunners will receive a funds boost from the sale of Emiliano Martinez, who is set to join Aston Villa in a deal worth around £20million.

Party and Aouar will be costly signings, with the Lyon playmaker’s stock soaring during his side’s Champions League run.

The Ligue 1 side want over £40m for the 22-year-old, who is keen on a new challenged having spent his entire senior and career at Lyon.

Atletico Madrid have demanded over £50m for Partey and Arsenal have already failed in a bid to drive down their asking price by offering Matteo Guendouzi in part exchange.

Lyon too rejected the chance to sign Guendouzi and Arsenal could be convinced to sell Hector Bellerin, if suitors such as Paris Saint-Germain offer a significant figure for the right-back.

Arsenal have had a promising window already with the signings of former Chelsea tracker Willian and Lille centre-back Gabriel.

The Brazilian duo shone for Arsenal in their debuts, as the Gunners brushed aside Fulham in their opening game of the Premier League season.