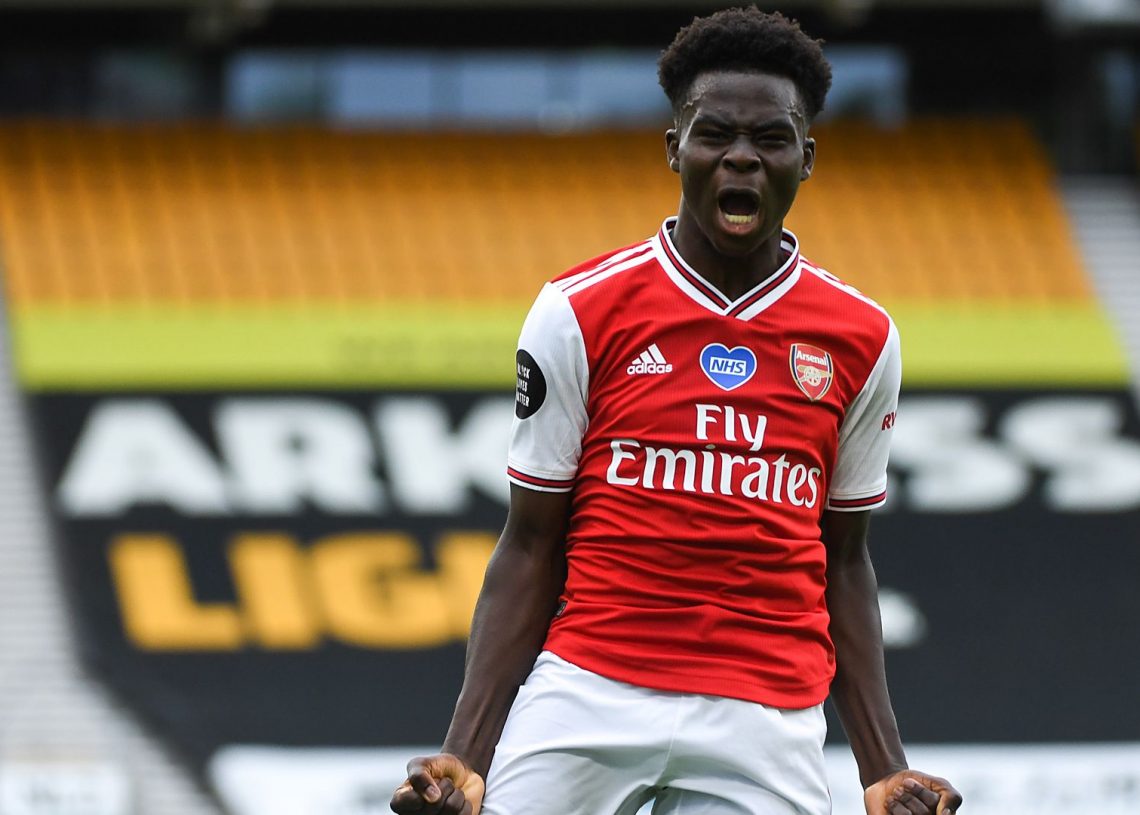 Arsenal sensation, Bukayo Saka, has admitted it will be a tough decision to choose which national team to represent at the senior level between Nigeria and England.

Saka was born in England to Nigerian parents and has represented England at the youth level but is eligible to play for the Nigerian national senior men’s side, the Super Eagles.

The 18-year-old broke into the Arsenal team after the Gunners were injury strained. He has made good use of the opportunity presented to him and is now a mainstay in Mikel Arteta’s side.

In 26 apps for the Gunners, Saka scored a goal and assisted a further six.

Saka was initially deployed at the left-back position but has since been push up the field to a more attacking role.

Monitored by both England and Nigeria, should his splendid performances be rewarded with national team call-up, the teenager admitted it will be a tough choice to make.

Saka is yet to receive a call-up from either England or Nigeria but he’s attracting admiring glances from both associations.

For the modest but confident 18-year-old, it is a decision that will require careful consideration with family members at the right time.

“It’s a tough choice”, Saka revealed in an interview with Sky Sports.

“I’m happy to have represented England at youth level but I’m also proud of my Nigerian heritage from my parents.

“We haven’t been picked by any team so it’s about staying humble and when the time comes, we’ll make the decision”, he concluded.

Last week, the Nigerian FA president, Amaju Pinnick, claimed the West African nation will not beg the Arsenal teenager to play for the Super Eagles.