Mikel Arteta believes fatigue or a lack of concentration is the reason that Arsenal have conceded in the closing stages of their last two matches. 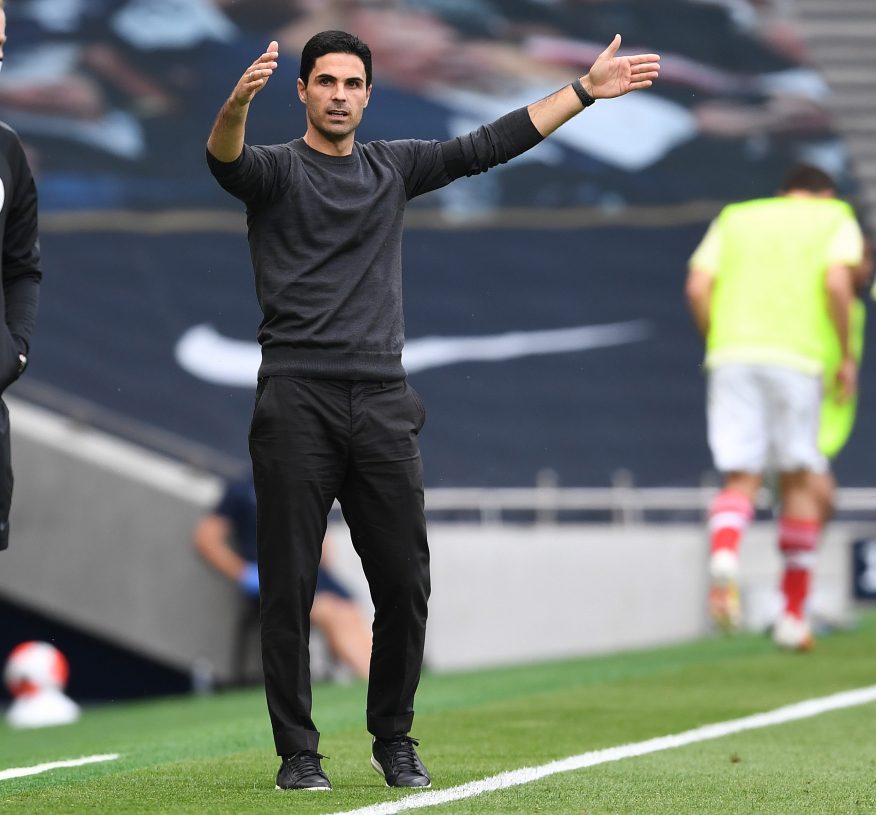 The Gunners looked on course to secure a point in their first north London derby played at the Tottenham Hotspur Stadium on Sunday, after Heung-min Son cancelled out Alexandre Lacazette’s stunning first-half opener.

But Toby Alderweireld rose highest to nod home Son’s corner with nine minutes remaining to secure Spurs the local bragging rights – and leapfrog Arsenal into eighth in the Premier League as a result.

Jamie Vardy similarly denied the Gunners five days earlier with an 84th-minute equalizer for Champions League Leicester at the Emirates.

And when quizzed after the 2-1 defeat about their inability to hold a lead in winning positions, Arteta offered an explanation.

“It could be fatigue,” Arteta said. “We have some moments when it wasn’t about that, it was about attention, individual errors, or sometimes the opponent pushes you in the final 10 minutes.

“There have been various things that have cost us games. Sometimes errors, sometimes game management. The margin is a lot, at the moment we have to improve.

“The first goal in a big game is so important and to give it away effects [us]. In the second half we modified a few things and attacked better but we conceded.

“Individual errors are mentally tough. It effects the whole mood. We came back in the second half but in one isolated action we conceded the set piece and we need to learn.

“I’m sure we can get there and I’m sorry for the fans. We know how much it means to them.

“We can do more and exploit spaces better than we did. To attack 10 players all the time, it’s not easy.”

Arteta, though, did praise his squad for their efforts, in a game which they were in control of for large parts.

He added: “We are really, really sad. We wanted to do it for our fans, for glory and happiness. We tried our best.

“I am really proud of our players, to play the way we played. I have never seen them before dominating the opponent and nullify them as much as I’ve seen today.

“But we gave them a goal again and we conceded a set-piece and, at this level, you cannot do it.”