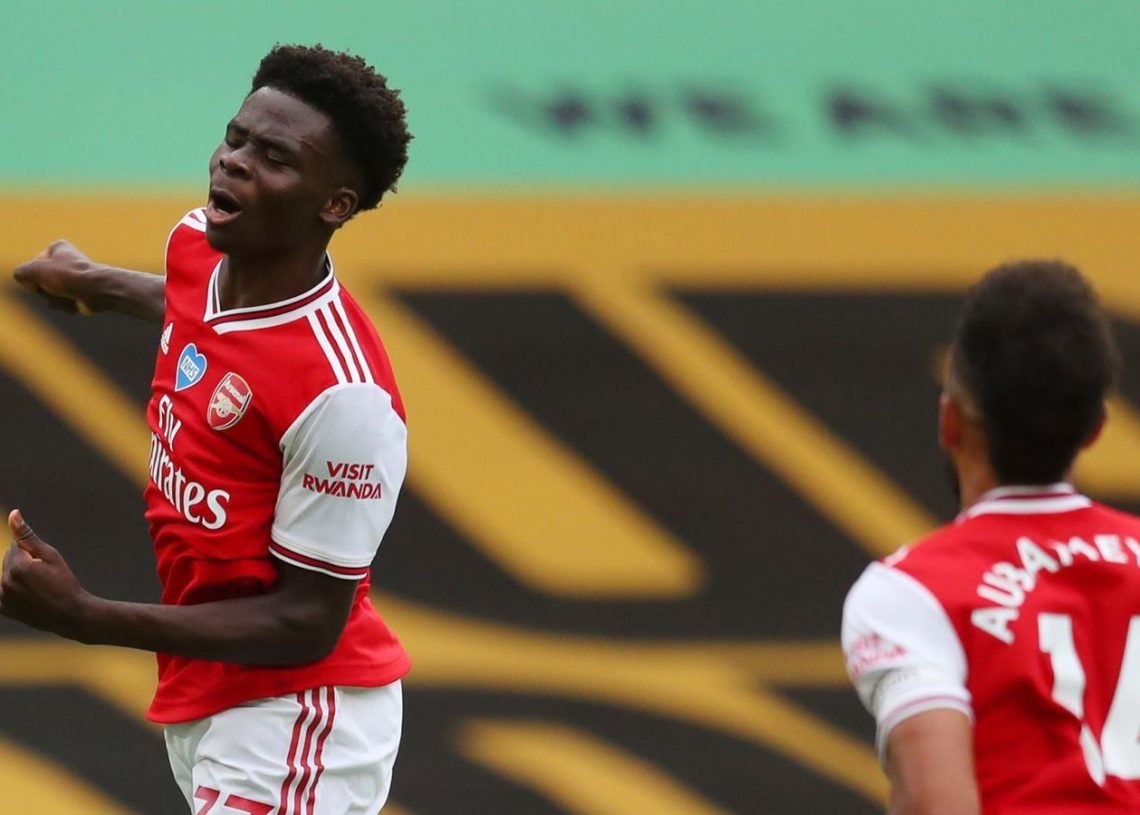 Arsenal brought Wolves’ charge for the top four to a screeching halt with goals from Bukayo Saka and Alexandre Lacazette giving the Gunners a 2-0 win at Molineux.

Wolves had been unbeaten in eight Premier League games and had won all three of their matches since the restart, but a sensational volley from Saka (43) put Arsenal ahead at the end of the first half.

“It’s been a week that I’ll remember for my whole life,” Saka toldSky Sportsafter the game, having signed a new long-term deal with Arsenal on Wednesday before being handed a start against Wolves, which he capped off with his first Premier League goal.

Wolves dominated the second period but a slotted finish from substitute Lacazette in the 86th minute sealed a second successive away victory for the Gunners, who have now won their last three games since a dismal 2-1 defeat to Brighton two weeks ago.

It moves Arsenal up one place into seventh, three points behind Wolves, who are now five points adrift of Chelsea in fourth after their 3-0 win against Watford. They also remain three behind fifth-place Manchester United.