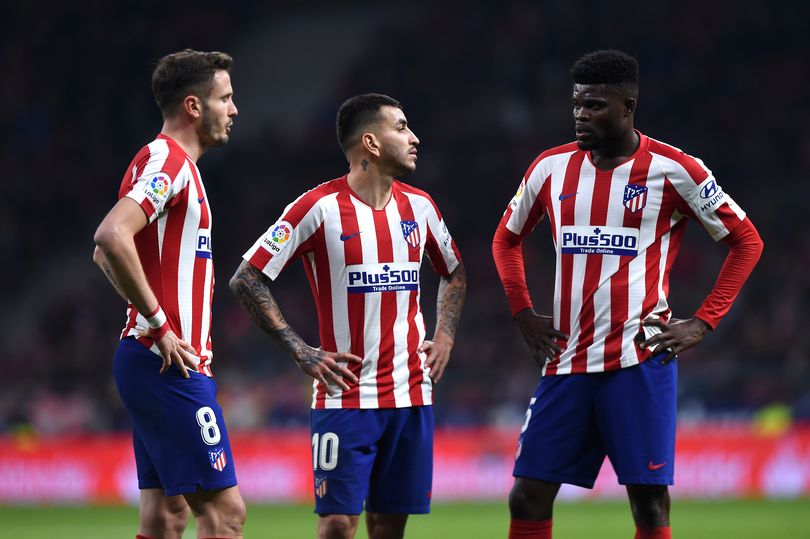 The Spain international has been heavily linked with a move to Manchester United, a rumour which stretches back for numerous summer transfer windows.

But could this be the year in which the Red Devils finally land their man?

That could be the case as in acryptic Twitter post, the 25-year-old has said he will soon announce his “new club”.

However, he has also said to his followers they would have to wait for his announcement.

As expected this has prompted a massive response from Man United fans, although it’s Arsenal supporters who should be anticipating Saul’s announcement the most.

And not because the Gunners could be in the race to sign the midfielder.

Rather they’ve been linked with a move for Saul’s teammate at Atletico in Thomas Partey.

Losing Saul could strengthen the La Liga outfit’s resolve to hang on to the Ghana international which in turn would be bad news for Arsenal and head coach Mikel Arteta.

Partey-Saul has been the go-to central midfield partnership for Atletico this season and it seems unlikely they would part company with both in the same summer.

With that said, Saul has often played on the left-hand side in a flat 4-4-2 formation under Atletico boss Diego Simeone, so it could be argued that the Spaniard’s decision won’t have any effect on Partey who usually plays centrally.

Failure to sign Partey would be a hammer blow to a number of Arsenal fans.

Especially those whovisited Partey’s family in Ghana to gift them an Arsenal topand handed them a message welcoming the news of his rumored potential transfer to the Gunners.

So for the next few days, all eyes will be on Saul’s announcement.