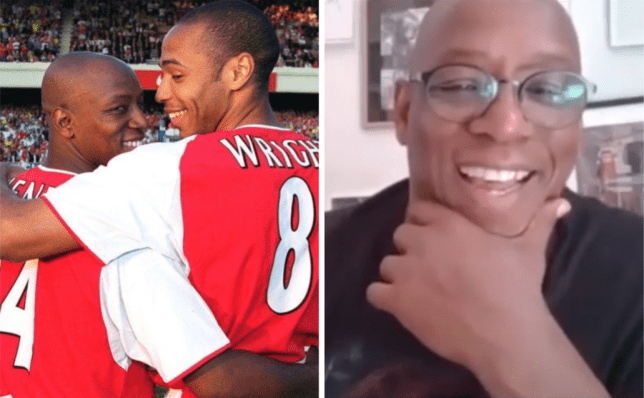 Arsenal legend Ian Wright believes the first two inductees to the Premier League’s Hall of Fame should be Alan Shearer and Ryan Giggs, with Thierry Henry just missing out.

The Premier League was due to announce the first two members of the new Hall of Fame back in March, but the ceremony was delayed due to the coronavirus crisis.

With the season set to get back underway later this month, the Hall of Fame is also likely to finally be announced and Wright, who is a huge fan of Henry, feels there are two ex-players who are slightly more deserving of the honour.

Asked who he would select for the Hall of Fame, Wright told Stadium Astro: ‘I’d probably put in Alan Shearer and Ryan Giggs.

‘I’d probably go with those two because Alan Shearer, 260 goals, will it ever be beaten? It’s going to take some unbelievable goalscorer to do it. And then you look at Ryan Giggs, 13 Premier League titles.

‘Someone like Thierry will probably be next, only because of the unbelievable achievements of those two players that I’ve just mentioned. ‘Alan being the greatest goalscorer in the history of the Premier League up to this date. And Ryan Giggs, that will not be beaten. You’re talking about two players who have got records there that may never be beaten.

‘So when you look at Thierry Henry – who for me should be inducted next – you have to say it’s a massive accolade to Thierry Henry, because look at what them two have achieved to beat him.’

Wright also ranks Henry as Arsenal’s best ever player, continuing: ‘The greatest player that we’ve ever had, I think, is Thierry Henry. The greatest signing we’ve had is Dennis Bergkamp, without a doubt.

‘Dennis Bergkamp changed the way Arsenal were going to perform in the years to come once he got there. You’ve seen the success that Arsenal had with Dennis, the Invincibles and everything that team done, that all stemmed through Dennis Bergkamp.

‘But as a one-off football player, footballer, skills, amazing ability, Thierry Henry for me is one of the greatest players in the Premier League ever.’