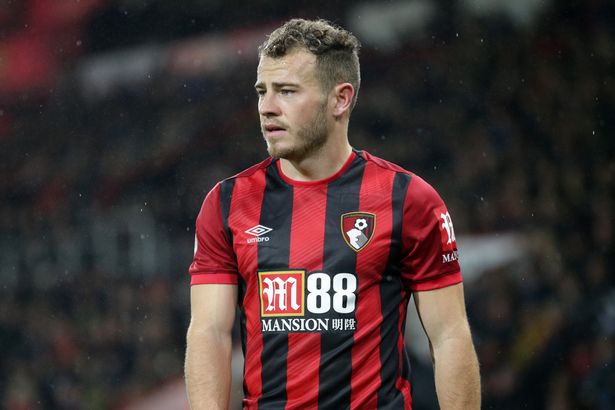 Arsenal have seen their chances of signing Ryan Fraser booster after he ditched his agent to join Mikel Arteta’s management.

The Scotland international will see his contract expire at the Vitality Stadium this summer.

Negotiations over the season have failed and Eddie Howe is resigned to losing the winger for nothing.

But, with the Premier League looking to return, officials are keen on squads remaining the same until the new end of the season.

Nevertheless, Fraser is high on Arsenal and Tottenham’s wish list this summer as they eye bargain deals.

The coronavirus crisis has hit both London clubs hard in the pocket but the Gunners have a one-up on their local rivals.

According to the Mirror, Fraser has linked up with agent Paul Martin as he looks to the next chapter of his career.

And he also is the representative for Arteta, the Gunners boss, fuelling talk that a move to the Emirates is on.

Fraser has left the agentship of long-term representative Jon McLeish to join the Wasserman company.

Meanwhile, ex-Tottenham star Darren Bent believes his former club are the frontrunners for the winger.

He told Football Insider : “If he can go and show faith to Bournemouth then I’m all for that but again it’s another difficult one – it works on two ends of the spectrum.

“For me, I’d sign the deal at Bournemouth because I’m always a believer that if a top club wants to get you out of somewhere then they’ll get you out

“If a top club really wants you they’ll just come and get you, regardless of if your contract is up or not.

“If Spurs truly want to go and get Ryan Fraser, they’ll go and get him no matter what.