FormerArsenalgoalkeeper Wojciech Szczesny has revealed Arsene Wenger was unhappy with him after a famous selfie taken following a victory againstTottenham.

A brilliant strike from Tomas Rosicky in the second minute of the match secured a 1-0 victory for the Gunners at White Hart Lane in March 2014, which remains the last time the club has defeated their north Londonrivals on their own patch.

And after facing a barrage of Tottenham pressure in the match, currentJuventuskeeper Szczesny was joined by the equally-delighted Kieran Gibbs and Lukas Podolski for a selfie in front of the away fans before posting it on social media. 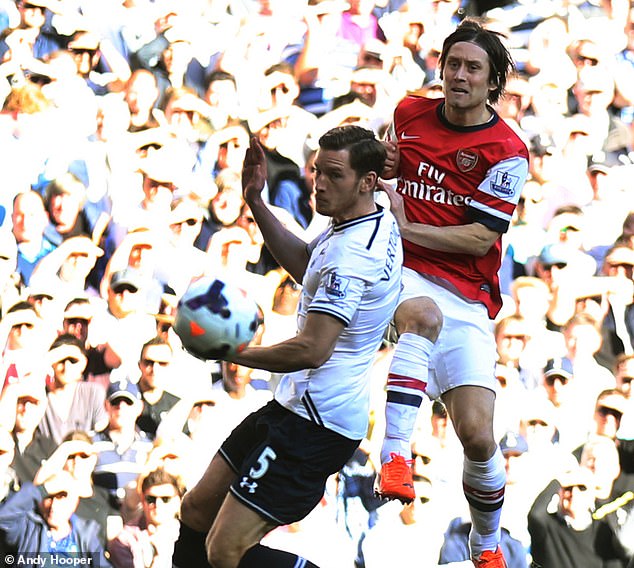 But speaking toArsenal’s In Lockdown podcast, Szczesny said the Frenchman was not impressed with his post-match actions.

‘I had one where he wasn’t happy, that was the famous selfie at White Hart Lane,’ Poland international Szczesny said.

‘He wasn’t exactly happy about that one and looking back at it I would never do it again. But I think I was 21 or 22-year-old at the time and you really enjoy those kinds of things and it was great for me back then.

‘Now looking back at it, it was probably childish and I know he wasn’t happy with that one at the time. No punishments whatsoever, but he let me know.

‘I might not be exactly accurate in the way I report this back to you, but it was kind of, “You never see Iker Casillas doing that do you?” and I was like, “Yeah you’re probably right there”.’

Szczesny also insistedthere was no bad blood between himself and Wengerdespite being caught in the showers smoking after his nightmare performance in the 2-0 defeat atSouthamptonon New Year’s Day in 2015.