The Spanish international midfielder says he hopes he will play for the La Liga club again, and he doesn't believe the Frenchman speaks with loanees 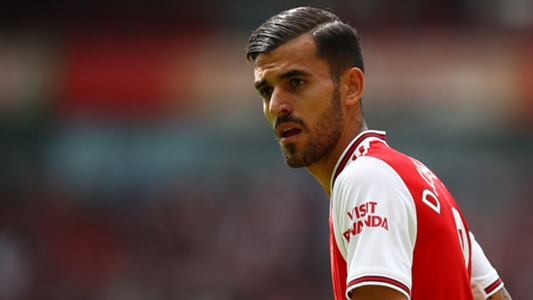 Share on FacebookShare on Twitter
Dani Ceballos hasn’t spoken to Zinedine Zidane since leaving Real Madrid to join Arsenal on loan at the beginning of the season – yet despite this, the Spaniard says he hopes he will play for Madrid again at some point.

Valencia and Sevilla have been linked with moves for Ceballos, but for now he is an Arsenal player – and he insists this is his focus.

“I haven’t spoken to Zidane since I left,” Ceballos toldMovistar. “It has to be difficult to have a dressing room with so many players. I don’t think Zidane talks to the loan players.”

When asked if he thought he would play for Madrid again, he replied: “Hopefully. I now have a contract with Arsenal. At the moment in Madrid it is difficult to play with the players that are there. Now I am focused on being important at a club.”

Ceballos burst onto the scene in the Premier League with two assists in his second appearance for Arsenal but, with 24 appearances under his belt, his club tally still stands at just one goal and two assists.

A lengthy injury layoff at the end of 2019 didn’t help, but he is now back fit and training at Arsenal’s London Colney base following the club’s decision to return from coronavirus isolation at home.

“The club has put us in training and I go to training camp individually,” he added. “It is the only thing I leave home for.

“I woke up one morning and saw [Mikel] Arteta [had tested] positive. The team was quarantined.There were players with symptoms, but we are all fine. They haven’t tested us.

“I am doing as best as I can. It is hard being away from family. Here [in England] you can walk down the street with ease and go out to exercise once a day.”

Ceballos may have raised eyebrows in Madrid recently when he named Barcelona legend Pep Guardiola as ‘possibly the best coach in history’, but he insists he is learning from Guardiola’s former protege Arteta, too.

“It is what I think because I identify with his way of playing, although in Arsenal in three months I have learned a lot with Mikel Arteta.”