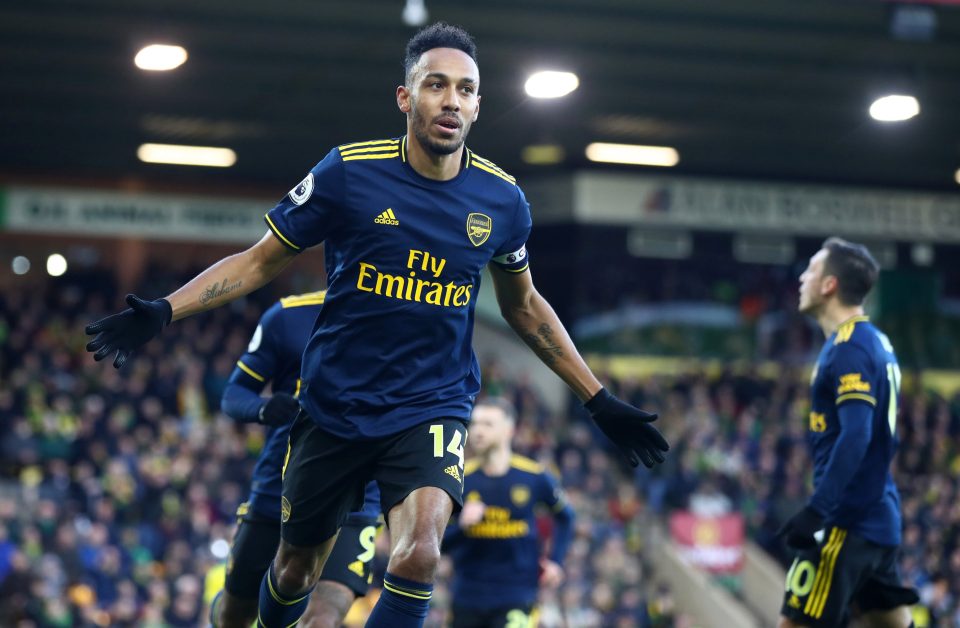 Real Madrid has entered the race to sign Arsenal striker Pierre-Emerick Aubameyang and are confident of signing the goalscoring star this summer, according to reports in Spain.

Los Blancos are on the hunt for a new frontman to partner Karim Benzema for next season and are ready to take advantage of Aubameyang’s contract uncertainty to bring him to the Bernabeu.

There are big question marks over the Gabon international’s future at the Emirates Stadium, with his contract set to expire at the end of the 2020/21 season and there has been no news over a possible extension.

Aubameyang has even been urged by the president of his home nation’s FA toleave the Gunners for a ‘more ambitious club’in order for the 30-year-old to win the major trophies his talent deserves.

Barcelona have been linked with an interestin the Arsenal man, who has scored 49 Premier League goals since joining the north London club from Borussia Dortmund in January 2018.

But the Catalan club only see him as an alternative to their top target Lautaro Martinez of Inter Milan, and, according toSpanish outlet Sport, Real are now ready to beat their rivals to Aubameyang’s signature.

Sport claim Real Madrid have made enquiries over signing Aubameyang in recent weeks, and believe they have a ‘good opportunity’ to capture the striker for around €50million (£43m), with just over one year left on his contract.

Real were also interested in Argentine ace Martinez, but the Inter forward has apparently made it clear he only wants to join Barcelona, and so president Florentino Perez ended that pursuit and has now set his sights on the Arsenal ace.

Only last month Arsenal bossMikel Arteta insisted he wanted to keep hold of Aubameyang‘under any circumstances’ and urged his club to begin negotiations over a new contract before the end of the campaign.

But the reports in Spain claim the player has so refused to pen an extension to his deal and now is keen to leave in the summer, despitevowing earlier this season that he was committed to the clubas its new captain.

Manchester United, Inter and Paris Saint-Germain are also said to be interested in the striker, but Sport says Real Madrid are now at the front of the queue and ready to secure his signing when the transfer window opens.