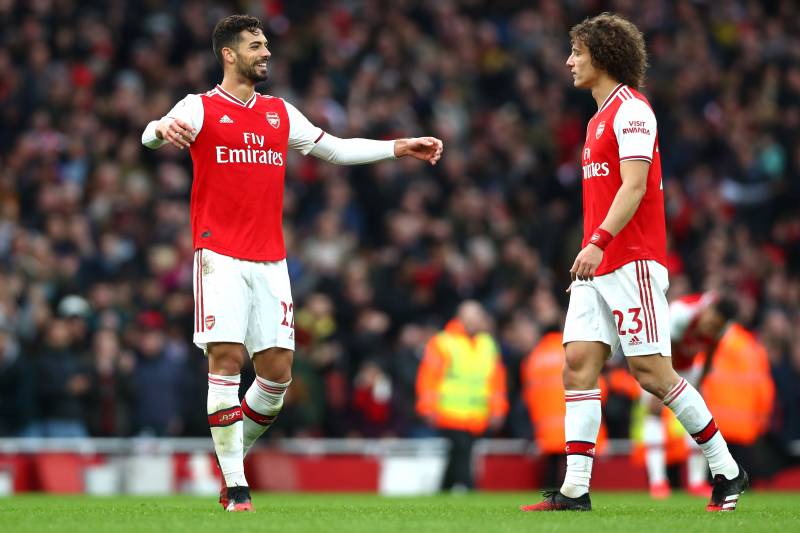 Pablo Mari joined Arsenal from Flamengo on loan in January and he has been waiting for his chance to star for the Gunners.

He was given a run out in the team’s FA Cup game against Portsmouth and helped Mikel Arteta’s side keep a clean sheet.

He was then rewarded with another start against West Ham in the Premier League and helped the team keep yet another clean sheet.

He has been hailed for his ball-playing abilities and the calmness that he brings to the Arsenal defense in his few games for the team.

But the former Manchester City man has praised David Luiz for making his introduction into the Arsenal team smooth.

“We know that David is an unbelievable player,” Mari saidas quoted in Football London.

“He’s had a good career and is a good football player, and also playing with him is so easy. These two games with him in the starting XI were nice because I only focused on my job and I didn’t need to focus on other jobs.

“This is easy when you want to have a big game. We know he’s an experienced player and sometimes when you need to do different things in the last minutes like when you need to make calls or something like this, he can do it. For us, it’s easy to play with him.”

Mari will be hoping that the Premier League returns soon and that he would still be trusted by Mikel Arteta to continue partnering with David Luiz at the heart of the team’s defense.