Interview: At home with Pablo Mari

in Latest News, Off The Pitch, Press conference and interviews
0 0
0 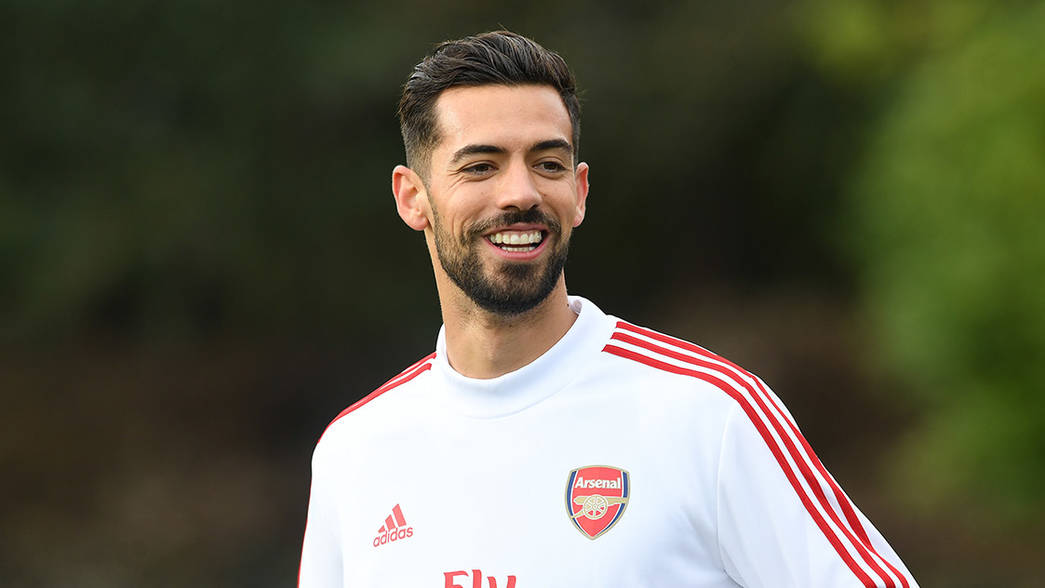 Arsenal media team recently sat down with Pablo Mari for a matchday programme interview about how his family life has influenced his footballing career.

You can read the full interview below.

Tell us about your family growing up…
Well, there’s my mum, my dad and my sister, so there are four of us. We’ve always been a very tight family and football has always been a really important part of that. Ever since I was young, they helped me in any way they could to enable me to do well in football. They’d take me to train and when my parents were working the other members of my family would help out by taking me to train. All the family would come to see me play in matches and now that I live abroad they sign up to different channels so they can watch me play. The family is really invested in it.

Where did you grow up?
We’re from Valencia. We live in a small town called Almussafes. I started in the youth teams at Valencia and then Levante before I embarked on my professional career with Mallorca.

Tell us a bit about the house you grew up in?
It was a normal family home. We were a happy, humble, hard-working family. We were really tight on both my mum’s side and my dad’s side. We’d always get together to have dinner and at Christmas and on birthdays. We were very happy.

Does your family still live in the same house?
Yes, they’re still there in Valencia.

Do you remember any family holidays in particular?
We always used to go on holiday as a family and they were always happy and fun. We never had any problems. We’re still very tight and we will be forever. It was a really happy childhood. The beach was about 15 minutes away so in the summer we used to go every day or we’d have family round to eat together at home. We’d spend the afternoon playing at home with my cousins. It was a normal life.

Did you have any pets?
Yeah, we’d always have one dog or another at home. When I was young I’d find dogs on the street and bring them home. The first one was called Thor. Then we had a little female dog that I called Nala. When I was seven I bought myself a dog and called that one Thor too, because the first one got lost!

What kind of music did you associate with family life?
Regular music that would have been popular at the time. Pop, a bit of rock, though not too much – soft rock! It was mainly standard Spanish pop music.

Is there a movie you remember from your childhood?
One film my parents always liked was The Last of the Mohicans. They would always watch it on a Sunday afternoon. My dad absolutely loved it and must have seen it like 20 times!

Other than football, was the family interested in any other sports?
Not really, because I was the only one who really got anywhere with sport, so ever since I was young the whole family was really focused on football, keeping tabs on where I was and things. I have two cousins that play football now so that means my family has more people to follow, but it was basically all me until they came along.

Was there anything you would do with all of your family?
The main thing we did was simply spend time together as a family. That said, I do have a special bond with my dad because the two of us both love fishing. We love it. My dad has been going off fishing for as long as I can remember. We went to the sea and in the river, near Valencia. My dad used to wake me up at 5 am when I was 10 to go fishing – I loved it! We would eat the fish afterwards, I’m not the kind of guy who kills for fun. We would catch mainly bream, sea bass… sometimes tuna when you go out on the boat. Cuttlefish, octopus… there’s a lot.

Was seafood a big part of your diet growing up then?
Yeah, and paella! In Valencia, paella is the classic thing you eat on a Sunday when the family gets together. The ingredients of the perfect Valencia paella are a family secret!

Where would you go out to eat as a family?
In the villages, the standard thing is to have dinner at the home of your relatives. You get together as a family – one day in one house, another day in a different house. Most of the time we got together at my grandmother’s house – that’s kind of the natural place for everyone to come together. That would be where we went for dinner when we were all getting together. It was great for my grandmother because she loved having the whole family together.

Are there any games you associate with family life?
Yeah, we used to play cards, dominos, parchis. The whole family spent many Sunday afternoons playing parchis for hours after we’d had our paella.

What was the family car?
We had a red Fiat Panda. That was a long time ago, I would have been seven or eight. I remember that car well – we had it for about eight or nine years. Then we bought a Seat Cordoba. That lasted for 14 years and was the first car I had when I turned 18 and got my licence.

What was the most difficult situation your family went through?
I think the hardest time was when I had some injury problems when I was about 10 or 12. One summer I grew 10 or 12 centimetres – it was incredible. The bones in my hips grew so quickly that they weren’t really bone, they were just cartilage, so every time I tried to play football I’d get injured. The cartilage was breaking up and I could barely move my leg. That happened three or four times in the space of a year and a half – it never cleared up. I got so tired of it after the third or fourth time that I told my dad that if I got injured again I would give up football. I couldn’t do it anymore. I wanted to play but I hadn’t been able to in a year and a half. But thankfully it didn’t happen again! It never gave me any trouble after that. My growth started to stabilise and my bones started to harden, so it wasn’t soft cartilage any more. Growing 10 or 12 centimetres in a year was mad.

Was there a piece of advice that has stuck with you?
My parents always taught me the importance of being a good professional. They taught me to keep my head screwed on and simply to focus on what I could do at the moment. They taught me to be 100 per cent focused on my day-to-day business and to work hard. I think that’s one of the reasons I’m where I am now.

What are your first memories of playing football with your family?
I think one of the best things that happened when I was young was going from my local team to play for Valencia after no more than about six months. The move to Valencia, being there, playing well… I think my family were really happy about that. They were delighted that I’d come from a tiny village and gone to play in the big city.

Does everyone in your family love football?
They’ve warmed to it! At the start, they didn’t really understand football, talk about it or like it. We’d watch a few league and Champions League games, but not all the time. They surprise me now because they watch every game in the top two Spanish leagues every weekend. It’s like, I’m not even watching that much! They watch it all.

Did you ever get told off for playing too much football?
Yeah, they were always giving me advice. They would tell me I needed to look after myself and that I could have a “normal life” and play in the street with my friends because I needed to make sure I didn’t get injured or hurt myself. When I was playing for the youth teams at big clubs, my parents always taught me to be professional, from a very young age. It’s difficult to understand that when you’re a kid – you don’t understand why you can’t go and play with your friends in the park. That was a bit annoying, but if you want to become someone, you have to understand that.

Who does your family support?
Valencia. The majority support Valencia. I’ve never really had a favourite team. I like football in general.

Which members of your family used to come to watch you play when you were younger?
My grandfather always used to come to see me play with my grandmother. They always came. My parents, my aunties and uncles – there would always be about four of them who would come to my games. My parents were always there every weekend, wherever I was playing, come rain or snow. My parents were always there. But it was really difficult in Brazil. It’s an 11-hour flight and my family doesn’t really like flying. It was tough so we didn’t see each other that much, but not because we didn’t want to – the distance was just too big.

Has there been a game that’s been special for your family?
There were things like my debut for Mallorca in the top division when I was 17 – I think that was a big thing for the family. I’ve had some great moments in my career as a player – promotions, play-offs… I won two titles in Brazil, which was amazing. Playing at the Maracana… I’ve had some great moments in every year of my career and I’m fond of many of them. Right now I think the ultimate was winning the Copa Libertadores.

How has being a footballer allowed you to help your family?
I’ve always tried to help them in any way I can. I’ve always tried to make them a part of what I’ve achieved, making sure they were there for important games. They made a lot of sacrifices for me when I was younger so now that I’m in a good place I want them to experience that too, along with my wife and son.