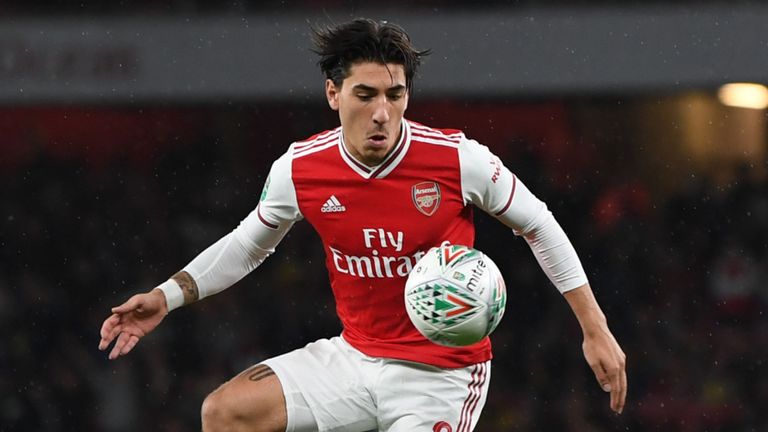 According toThe Athletic’sDavid Ornstein, Hector Bellerin is managing a groin problem with painkillers but the injury is taking a toll on his ability to cross the ball.

It’s reported that the Spaniard picked up the problem in the build-up to the 4-0 win over Newcastle United – a game he completed – on 16 February and could explain why he was left out of the trip to Olympiacos four days later.

While the right-back did complete 90 minutes against Everton on 23 March and 84 minutes of the return leg of our Europa League tie with the Greeks, Sokratis has filled in on the last two outings against Portsmouth and West Ham.

Bellerin did make a very late substitute appearance in Saturday’s win so whatever the issue, it’s obviously not so serious that we’re worried he could exacerbate it in the heat of battle.

As we all know, ACL surgery ruled the 24-year-old out of the start of the season and subsequent fitness niggles have restricted him to just 14 appearances so far.

Our back-up right-back, Cedric Soares should be fit to make his debut in the coming weeks. Since signing from Southampton on loan in January, the Portuguese have been rehabbing a knee injury.

Arsenal’slast medical bulletinsaid he would join full training this week.