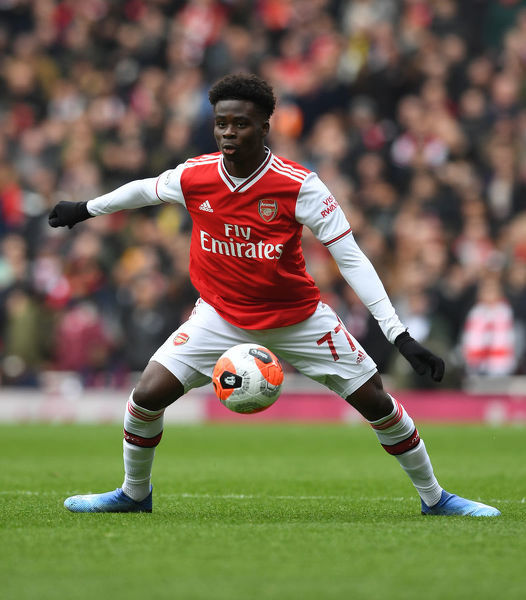 Mikel Arteta has given a fresh update on Bukayo Saka’s contract situation at Arsenal ahead of the Premier League clash with Manchester City.

The 18-year-old has been key for the Gunners this season, claiming 10 assists while playing on both wings and more recently filling in at left-back.

In the final 18 months of his current deal – which expires at the end of next season – Saka has been linked to both Liverpool and Manchester United in recent weeks by the Mail.

Saka currently earns around £3,000-per-week in North London and Arteta has insisted that the club is doing all they can to secure the youngster’s future lies with them.

“The club is doing what it has to do and holding conversations. Hopefully, we’ll get a result.” the head coach said in his pre-match press conference.

Despite impressing so much at left-back, Saka will soon have more competition for his place in the side with Kieran Tierney back in full training.

The Scot hasn’t made a matchday squad since his injury against West Ham in December but Arteta is ready to bring him back into the squad soon. He also addressed the calls for Saka to receive an England call-up due to his form.

“They (Saka and Tierney) have to compete, they have to challenge each other and improve. Whoever is best will be in the position, which is a really good thing for the team,”

“I think he (Saka) is doing really well with us. The international level is at a different level. It is up to the England manager to discuss whether he is ready to do that and what is he going to do with his squad. Whatever he decides we will support the idea and the player.”

With Arteta being head coach, his focus will largely be on what happens on the pitch for Arsenal. As this isn’t the first time he has been asked about Saka’s contract, he has outlined how the club will try to extend it.