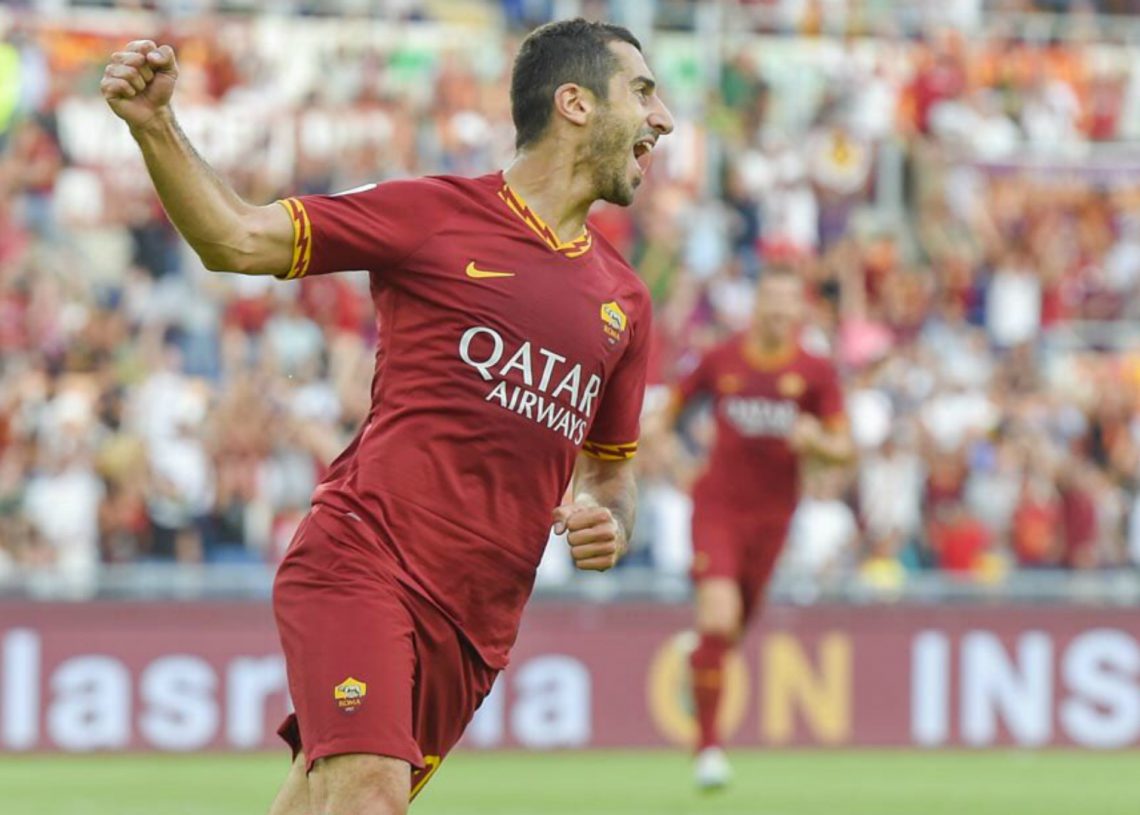 Eight Arsenal players were in action for their loan clubs over the weekend.

Henrikh Mkhitaryan played the full 90 minutes, scoring and assisting in Roma’s 4-0 home win over Lecce. Henrikh assisted Cengiz Under’s opener in the 13th minute, before doubling the advantage before the half-time interval with a goal of his own. Edin Dzeko and Aleksandar Kolarov both found the net in the second half to guarantee all three points for the hosts.

Mohamed Elneny played the full 90 minutes for Besiktas, picking up a yellow card in the 80th minute of their 2-2 home draw with Trabzonspor. Alexander Sorloth put the visitors in front after just five minutes, but second-half strikes from Kevin-Prince Boateng and Domagoj Vida turned the tables. Sorloth’s second of the game came in added time, ensuring the points were shared.

William Saliba played the full 90 minutes as Saint-Etienne drew 1-1 at home to Reims. Denis Bouanga put Saint-Etienne in front after 73 minutes, but his strike was canceled out by Boulaye Did in the fourth minute of added time.

Dinos Mavropanos was withdrawn due to injury after just 13 minutes, as Nuremberg lost 2-1 at home to Darmstadt. Nikola Dovedan gave the hosts the lead before strikes from Dario Dumic and Tobias Kempe won the game for the visitors.

Deyan Iliev played the entirety of Jagiellonia’s 4-0 loss to Legia Warsaw on Saturday.

Marko Vesovic and Jose Kante were on target in the first half, before Kante grabbed a second and Tomas Pekhart made it four.

Jordi Osei-Tutu was a second-half substitute as VfL Bochum defeated Dynamo Dresden 2-1 on the road on Saturday. Silvere Ganvoula M’boussy gave the visitors a deserved lead in the 65th minute, but shortly after Jannis Nikolaou equalised for Dresden.

Vitaly Janelt then struck deep into added time to secure three valuable for Bochum and take them up to up 13th.

Ben Sheaf played 81 minutes as Doncaster Rovers slipped to a 1-0 defeat at Shrewsbury on Saturday. David Edwards’ second half strike proved to be the difference.