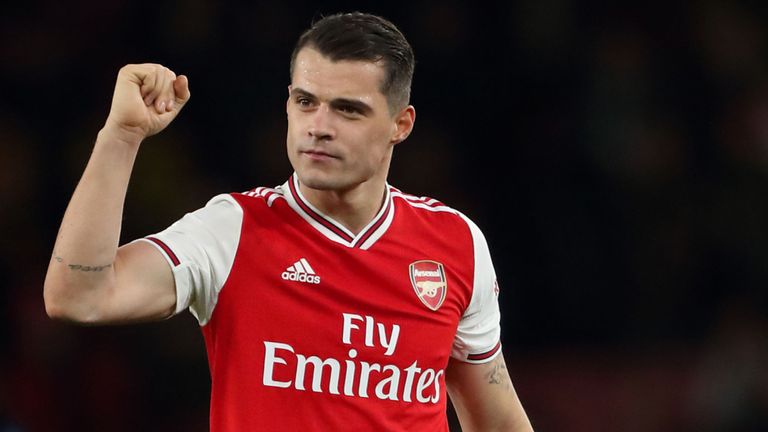 Granit Xhaka has called for clubs to allow more openness with supporters following his row with Arsenal fans.

The midfielder wanted to leave the club in January after being stripped of the captaincy, having sworn at supporters who booed him.

Xhaka has since vowed to stay and fight for his place at the Emirates but highlighted a difference in access to fans between Germany and England as part of his problem.

“I realize the fans want the players to perform in every game but they also need to understand that it is not always so easy,” he said, quoted in the Sun.

“This is the biggest difference between Germany and England because here we don’t have a connection with the fans. In Germany, we have many open training sessions when the fans can come and talk to you.

“Here, everything is closed and it would be good to be able to explain to people why something is going well or not so well.”

The Switerzland international insists he enjoying his football again under new manager Mikel Arteta and is looking forward to his future with the club.