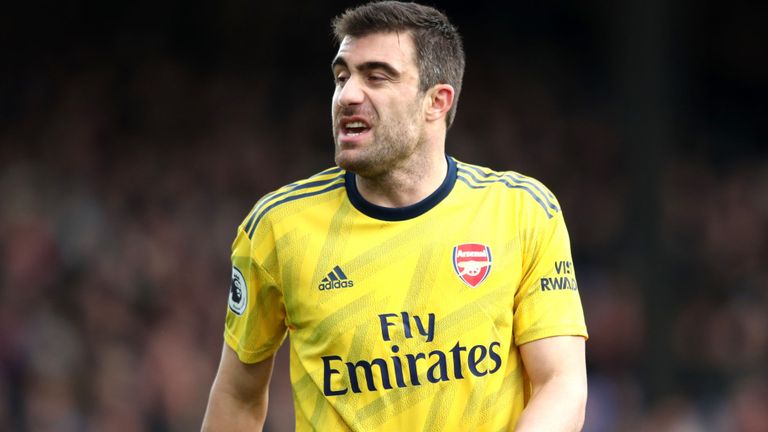 Sokratis has returned to full training for Arsenal after missing Tuesday’s 2-2 draw with Chelsea in the Premier League due to illness.

Arsenal has also provided updates on Reiss Nelson (hamstring) and Sead Kolasinac (thigh) who are set to return to training during the winter break period after Mikel Arteta’s side face Burnley on February 2.

Calum Chambers (knee) has undergone successful surgery and is six-to-nine months away from a return, while Kieran Tierney has completed surgery on his right shoulder and faces around another month-and-a-half on the sidelines.

After Nelson’s goal earned a 1-0 victory over Leeds United in the FA Cup third round on January 6, Arteta’s side now faces an away trip to Bournemouth on Monday.

The Premier League’s 10th-placed side will be without Pierre-Emerick Aubameyang and David Luiz at the Vitality Stadium, with the pair, suspended following their recent red cards against Crystal Palace and Chelsea respectively.

Arsenal will be intending to build on their result at Stamford Bridge after Hector Bellerin’s 87th-minute equalizer secured a point, with the Gunners playing with 10 men for the majority of the game, after Luiz’s dismissal in the 26th minute.