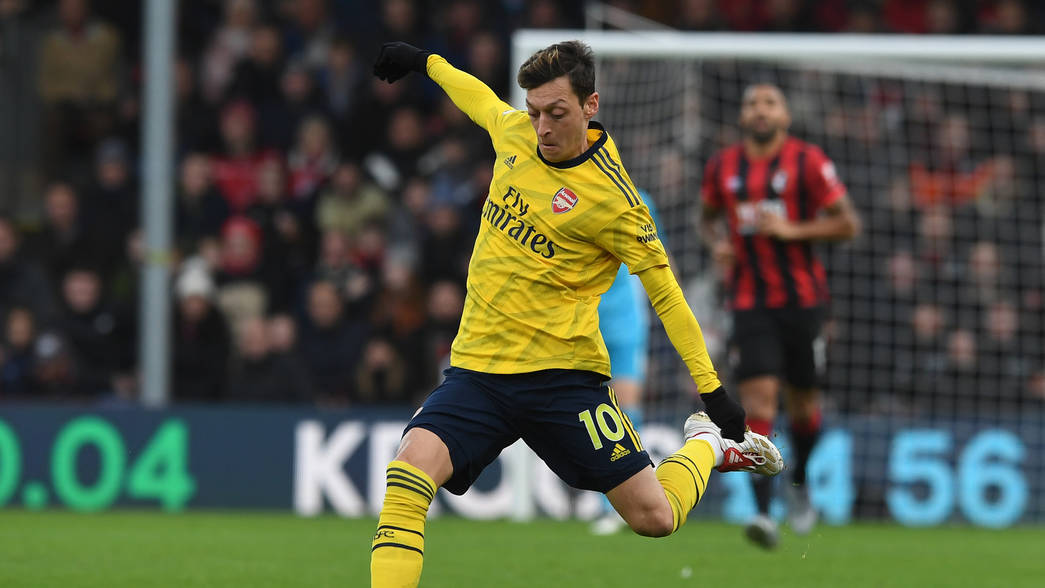 Mesut Ozil was back to his creative best during Thursday’s clash with Bournemouth.

Despite only playing 75 minutes, our playmaker made more key passes than anyone else on the pitch – and was unlucky not to leave the field with an assist to his name.

But his performance came as no surprise to Mikel Arteta.

“To be fair his attitude in training since the day that I walked in the building has been incredible,” our head coach said.

“I’ve seen this. I’ve said that I was going to give a clean slate to everybody and it was fair to give it to him. When we did the game preparation and were watching the opponents, where we could hurt them, we believed that he could be a key point.

“We prepared the game like this with him. He responded, did what he had to do, and we could’ve scored two or three goals because of him.”