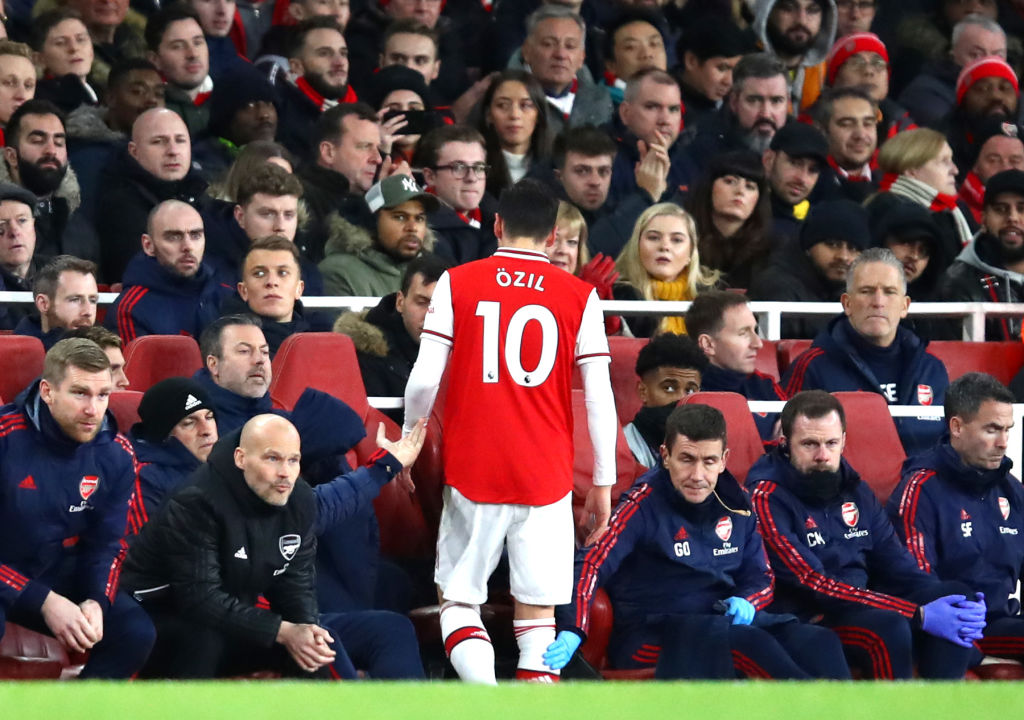 Chinese state media warned Monday that Mesut Ozil’s criticism of the country’s treatment of its Uighurs will have “serious implications” for Arsenal, stirring a backlash that saw the English football club’s weekend match pulled from Chinese TV.

A Global Times editorial slammed what it called a “clownish performance” from Ozil, describing him as “confused” and “reckless” and saying he had abused his position as a public figure.

Ozil, a German national of Turkish origin, condemned China’s crackdown on Muslim minorities in the western region of Xinjiang in a tweet on Friday and criticized Muslim countries for failing to speak up about the alleged abuses. Arsenal has distanced itself from his comments.

The row, which has potential repercussions for Arsenal and the Premier League in the lucrative Chinese market, follows the opprobrium heaped on basketball’s NBA in October after Houston Rockets general manager Daryl Morey tweeted his support for Hong Kong pro-democracy protesters.

The response to Ozil’s criticism has been swift in China. On Sunday, state broadcaster CCTV pulled the live Premier League game between Arsenal and Manchester City from its programming.

Leading streaming service PPTV also appeared to have canceled its screening of the match, which Arsenal lost 3-0.

In its editorial, the Global Times — one of the ruling Communist Party’s mouthpieces — accused the 31-year-old Ozil of being “a person who is confused, reckless in abusing (his) influence, easily incited and willing to incite others”.

“Ozil’s move has ruined his image among Chinese fans and will have serious implications for Arsenal,” warned the newspaper.

“Chinese people should see clearly that what Ozil did this time was a ‘clownish performance’.”

The English-language edition of the Global Times carried a statement from the Chinese Football Association saying that “Ozil’s comments not only hurt his Chinese fans but also hurt the feelings of the Chinese people”.

China has faced growing international condemnation for setting up a vast network of camps in Xinjiang aimed at homogenizing the Uighur population to reflect China’s majority Han culture.

Rights groups and experts say more than one million Uighurs and people of other mostly Muslim ethnic minorities have been sent to the camps in the tightly controlled region.

“Korans are being burnt… Mosques are being shut down… Muslim schools are being banned… Religious scholars are being killed one by one… Brothers are forcefully being sent to camps,” Ozil tweeted in Turkish.

“The Muslims are silent. Their voice is not heard,” he wrote on a background of a blue field with a white crescent moon — the flag of ‘East Turkestan’, the term many Uighur separatists use for Xinjiang.

Arsenal posted on Weibo, China’s leading social media platform, that the comments were “Ozil’s personal opinion”, adding that the club had a policy of “not involving itself in politics”.

But some Weibo users expressed delight at the team’s heavy home defeat to City, which left the London club ninth in the Premier League.

Ozil played for only an hour before being substituted to boos over his performance in the match.

“I’m an Arsenal fan and today I cheered for City’s victory,” posted one user.

“Manchester City is a good friend of the Chinese people,” added another.