Granit Xhaka move to Newcastle could depend on Fabian Schar involvement 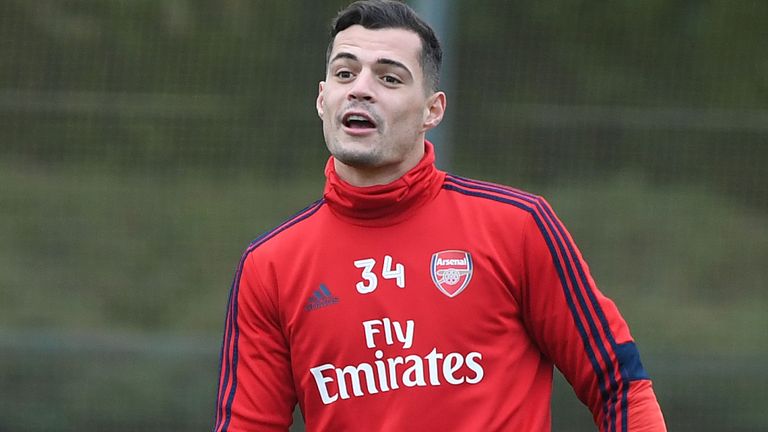 Xhaka was stripped of the captaincy following a confrontation with Arsenal fans against Crystal Palace and has not featured for the first team since.

Bruce has been made aware of the Swiss captain’s availability and hopes his close friendship with compatriot Schar could give Newcastle a chance of signing the midfielder on loan.
Xhaka is not short of interest in his talents, particularly from Italy, and is keeping his options open.

Bruce is keen to add a forward and midfielder in January. He knows a loan deal for Xhaka could prove difficult, but has been buoyed by the way the club went about bringing in Andy Carroll for him on Deadline Day.

Newcastle would have to pay a significant portion of the 27-year-old’s Arsenal wages for any deal to happen.

Schar, who is currently out with a knee injury, toldSky Sports News earlier this month Xhaka’s treatment from the Arsenal fans is the worst thing that can happen to a player and said he “can’t wait to give him a hug” when he sees him next.

Newcastle has two domestic loans available, but one player would need to be cut from their Premier League pool to allow Xhaka to sign.