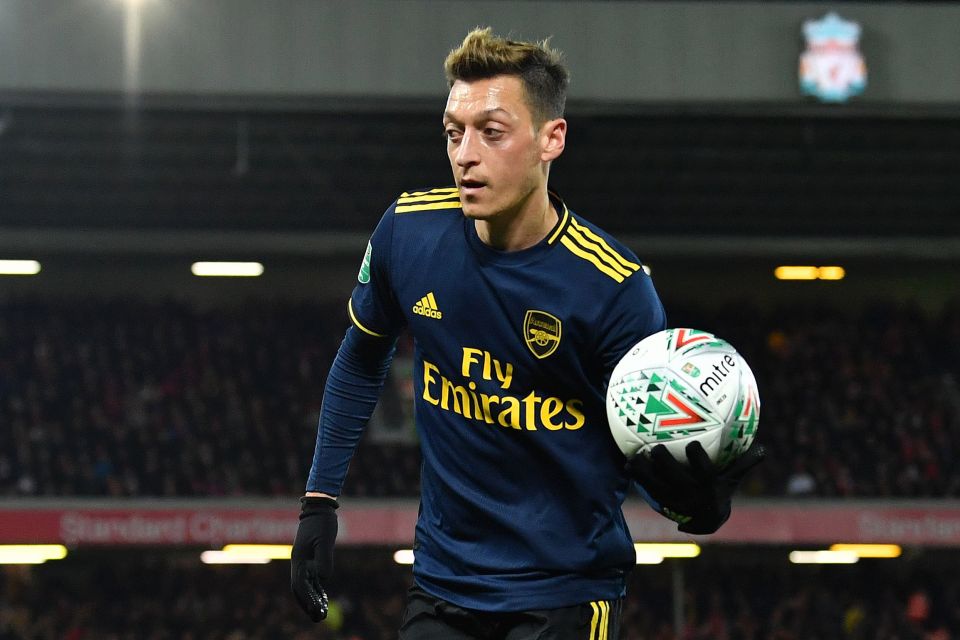 Arsenal manager Unai Emery admitted he was impressed with Mesut Ozil after the midfielder’s impressive display during the crazy Carabao Cup defeat to Liverpool.

Ozil, featuring for the first time in five weeks, produced several moments of quality in the crazy last-16 clash, which Arsenal lost 5-4 on penalties after the game had ended 5-5 in normal time.

His substitution with half-an-hour remaining sparked bewilderment among fans and his overall performance made his unexplained absence in the last six games even more confusing.

“It was very good,” Emery told talkSPORT when asked about Ozil’s display.

“I think he used tonight to help the team and he’ll take confidence into the next matches.”

He then later explained why he had taken the German off, revealing he was being carefully managed with an eye on Saturday’s Premier League clash with Wolves.

“We decided before the game to only play him for that amount of time,” said Emery.

“Yes, he will feature [vs Wolves]. We have a match on Saturday and we will look at the possibility to use him again alongside other players and this is the way sometimes.”

And that piece of skill was just one of several moments that defied logic in a jaw-dropping match.

Joe Willock thought he’d won it with a strike worthy of the occasion, but Divock Origi equalized in the last minute of stoppage time to send the ten-goal thriller to penalties.

And the hosts won the shootout 5-4 as Caoimhín Kelleher saved Dani Ceballos’ spot-kick, allowing 18-year-old Curtis Jones to win it.