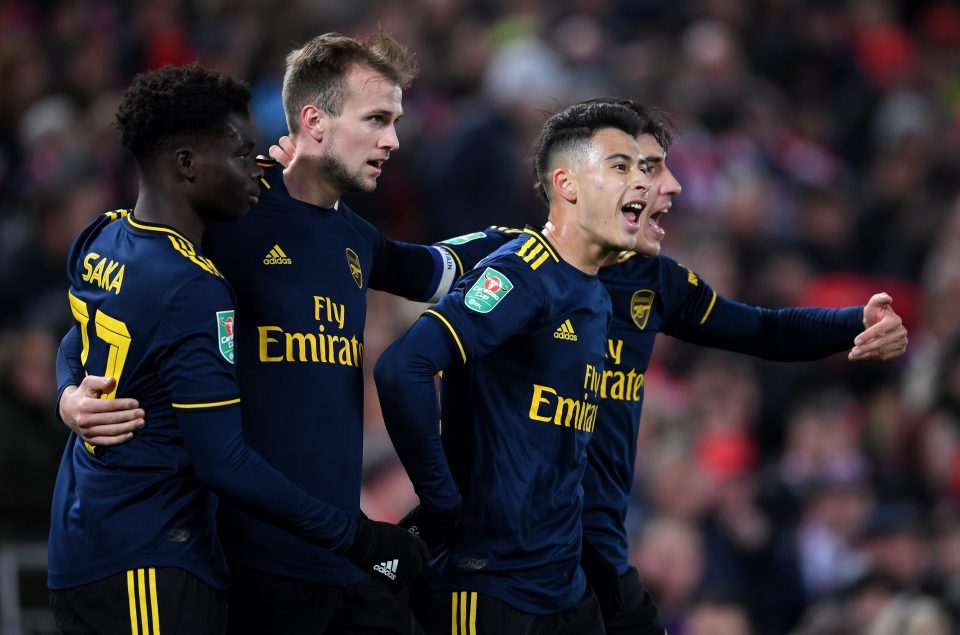 Gabriel Martinelli continues to show real promise at Arsenal, with the striker’s brace at Liverpool taking his tally to seven goals in as many games for the Premier League giants this season.

The 18-year-old notched a double in a ten-goal Carabao Cup thriller at Anfield on Wednesday night, which Unai Emery’s men eventually lost on penalties.

In doing so the Brazilian equaled club legend Ian Wright’s record of scoring on each of his first four starts for the Gunners.

The forward moved to the Emirates from Brazil’s Ituano in a fee believed to be in the region of £6million.

This transfer went under the radar though, with the club-record £72m splashed out on Lille’s Nicolas Pepe grabbing all the headlines.

However, it is Martinelli who has enjoyed the more productive start to his Arsenal career, with Pepe only on the scoresheet three times this season.