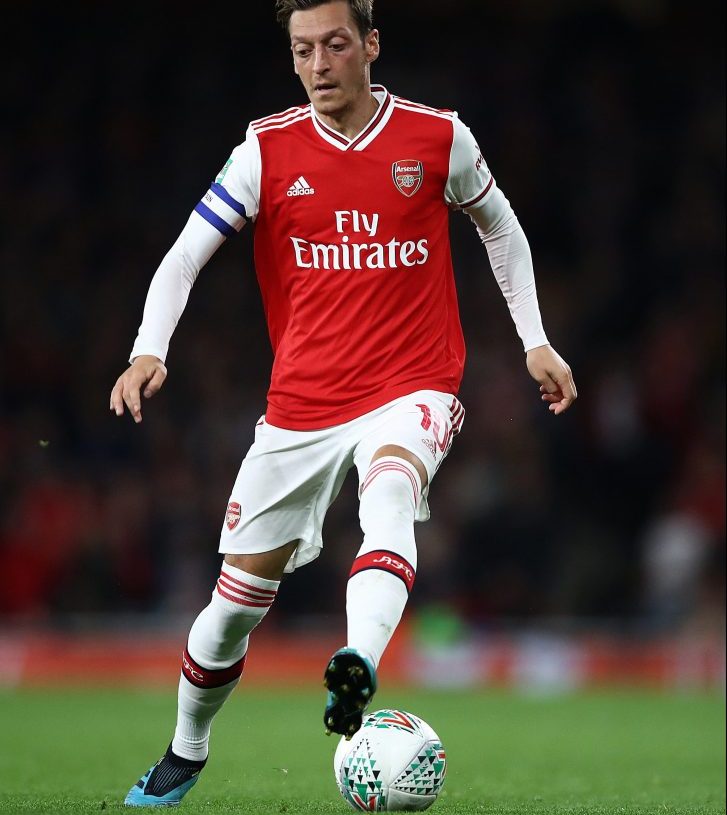 Mesut Ozil has urged Arsenal fans and players to ‘stand together as one’ as he prepares to make his return in Wednesday night’s Carabao Cup clash against Liverpool.

The German playmaker has made just one appearance this season, a 2-2 draw against Watford, and has been left out of Arsenal’s last six matchday squads entirely.

It is believed Emery has been disappointed by Ozil’s work rate and performances in training, but he has so far refused to explain why he is not playing the 31-year-old.

His exile has coincided with a terrible run of results, compounded by Sunday’s 2-2 draw against Crystal Palace which was overshadowed by the actions of Granit Xhaka.

Xhaka was booed off by his own fans, prompting the club captain to tell his own fans to ‘f*** off’ before he stormed down the tunnel.

Taking to Instagram, Ozil wrote: “Big game ahead. No matter what – the only way is standing together as one.”

Big game ahead. No matter what – the only way is standing together as one. 👊🏽 @Arsenal #COYG #LIVARS #M1Ö

Emery recently stated his decision to leave out Ozil has the backing of Emirates chiefs but conceded his side has lacked creativity in recent weeks.

“Yes, tomorrow he’s in the group so he has a chance to play,” said Emery. “We have had this morning a very good conversation, Mesut and Me, and I said to him I haven’t changed my idea about him.

“He knows what I want from him because it’s the same as last season on the first day of pre-season training when we had a conversation.

“It’s the same as one month ago and in that way, some circumstances weren’t helping us in every moment to be consistent or available to play.

“But I will say I think the last weeks he has progressively been training well and adding his spirit to help us.

“For example, our conversation this morning was because I wanted to listen to him about how he’s thinking now to help us and be with us tomorrow.

“Then if we are in the same spirit and the same idea, to play. It was a very good conversation and tomorrow he’s in the group.

“We need quality, skill, and consistency.