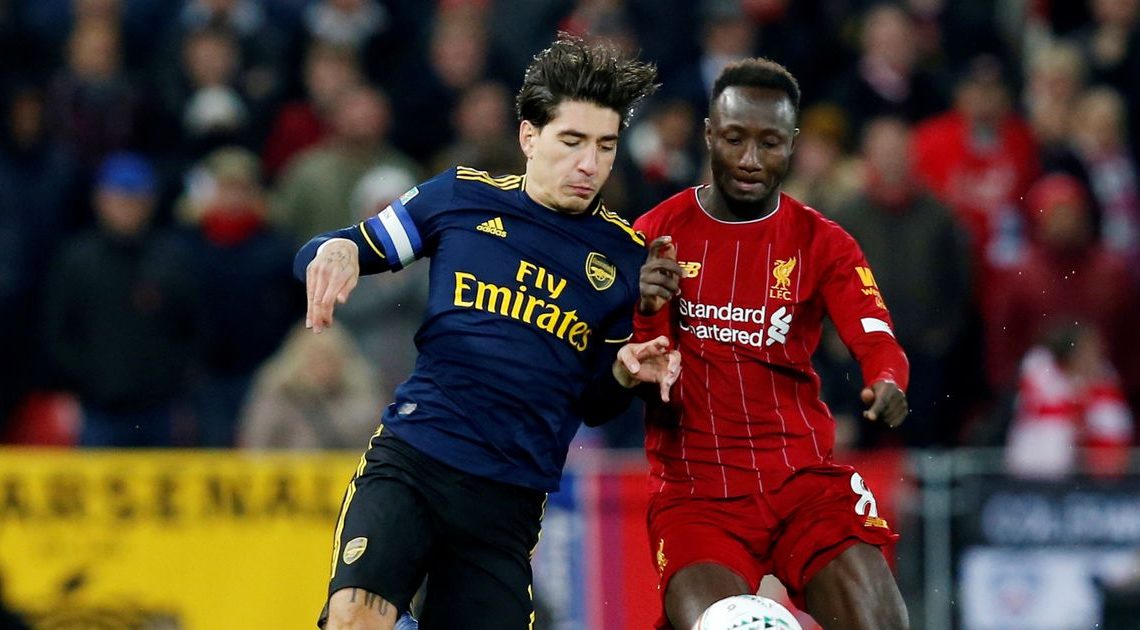 Liverpool have knocked Arsenal out of the Carabao Cup on penalties after a crazy game which defied logic ended 5-5 in normal time.

In what will probably go down as the most exciting match of the season, the Reds edged the ten-goal thriller to make it through to the quarter-finals.

Joe Willock thought he’d won it with a strike worthy of the occasion, but Divock Origi equalized in the last minute of stoppage time to send the game to penalties.

And the hosts won the shootout 5-4 as Caoimhín Kelleher saved Dani Ceballos’ spot-kick, allowing 18-year-old Curtis Jones to win it.

Liverpool found themselves in front following a Shkodran Mustafi goal which feels like a distant memory, before a controversially-allowed Lucas Torreira strike and a brace from Gabriel Martinelli gave the visitors a 3-2 lead at half-time, with James Milner pulling one back from the spot.

And as if that wasn’t enough, an even more dramatic second-half followed.

Mesut Ozil showed brilliant awareness to flick the ball back to Ainsley Maintland-Niles to give Arsenal a two-goal cushion, but Liverpool fought back with a couple of stunners.

Alex Oxlade-Chamberlain almost took the net off with an incredible volley from the edge of the box against his former club, and then Origi spun beautifully to smash the ball past Bernd Leno, who perhaps could’ve done better.

Willock drove from midfield and curled a cracker into the top-left corner, but with time running out, Origi produced another moment of magic to level things up with a volley in the dying moments.

There were nine flawless spot-kicks, and Ceballos was the unfortunate player to miss as Kelleher guessed right and became the hero.